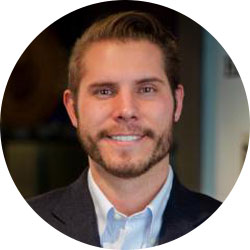 Jack is from Northville, Michigan. and graduated from Michigan State University with a bachelor’s degree in broadcast journalism in 2013. He pledged his first semester at Michigan State as a sophomore and, throughout his college career, was his chapter’s steward, historian and brotherhood chairman. Outside of Sigma Chi, Jack interned at CBS Radio Talk Radio 1270 WXYT in Southfield, Michigan, and at HOMTV-21, a television station in Okemos, Michigan. He is a big fan of the Detroit Red Wings.