One, and the main, aim and object of Sigma Chi has been, and is, to develop and train broad-minded men who can recognize the wholeness of things and who are not bound down to a contracted, eight-by-ten notion of exclusiveness. There is an absolute necessity for such men. 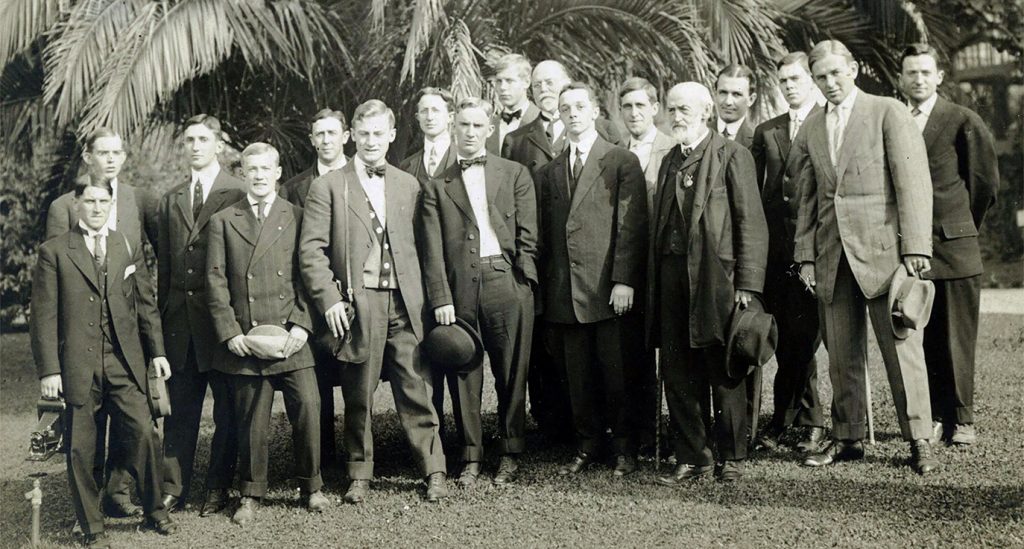 Our seven Founders recognized that a principle-driven lifestyle should be paramount in an individual’s lifelong quest to achieve progressive development, and that the world in which they lived had a great need for ethical leaders whose core principles were based on the possession of remarkable character.

Sigma Chi’s story has been building on itself since 1855 and, indeed, the Fraternity has changed dramatically since that time. When those seven college students gathered together for the first time, there were no telephones, no automobiles, no planes, no Internet, not even electricity — essentially, their lives were devoid of any of the modern amenities we are used to. Yet, somehow, they prospered.

Without iPhones, the Internet, rapid transit, or even the possibility of an immediate connection outside of the small town of Oxford, Ohio, and their roughly 300 fellow students, they somehow knew that they had planted the seed for something amazing to grow. Through it all, they found in themselves and each other an uncommon strength of character to pursue a dream and to pass that dream on to other young men who would carry it forward.

Their dream was simple — to enhance the leadership abilities of men by refining their character through the framework of Friendship, Justice and Learning — our three guiding principles.

Seven young men set the foundation for a lifelong course of development that has since provided more than 300,000 men with the structure to understand how to make a positive influence on the world.

The ranks of Sigma Chis now include titans of industry, celebrities, political leaders, husbands, fathers, brothers and many more. Each member brings so many different characteristics to the world, yet we all bring the same endowment of character that our world today so badly needs.

Principle-driven leaders are needed now more than ever before, and the fact that Sigma Chi makes a concerted effort to contribute to the development of such men is what makes the Fraternity so important today.