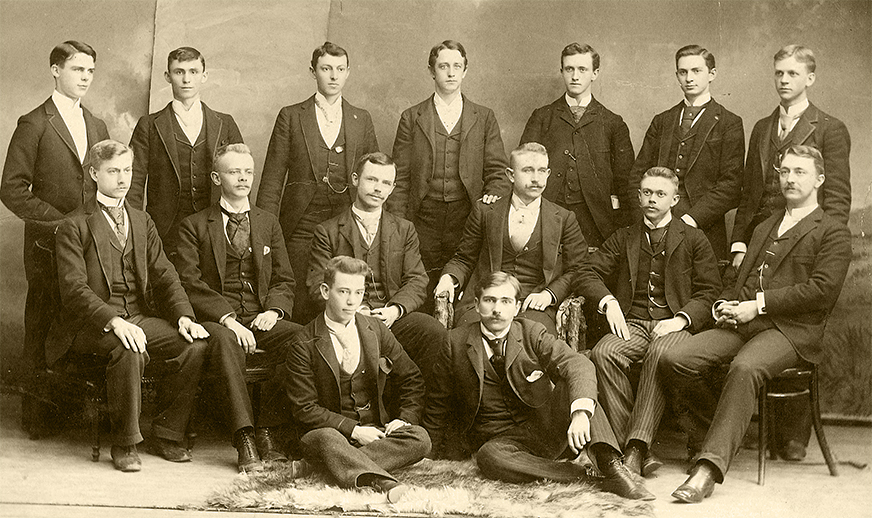 We select men to join our brotherhood, because we believe they share Sigma Chi’s commitment to living a life of character and integrity.

A commitment to living a values-based life requires courage…one of our seven core values. These seven values are the non-negotiable principles that define our organization.

Defining Courage: “Being willing to stand up for what you believe in, accepting the consequences of difficult choices and decisions.”

Values are only noble words, however, until they are proven on the battlefield of life. Core values must translate into behaviors that others can see and observe. Your life — your actions — will prove that something is of worth to you just as it did in the lives of our seven Founders.

We use their example as inspiration and commit ourselves to living our values “out loud” each and every day…just as they did.

We attribute courage with Founder Benjamin Piatt Runkle, MIAMI (OHIO) 1857. At the 1895 Grand Chapter, Brother Runkle said, “By courage I do not mean the savage animal instinct that makes a man insensible to danger — a bulldog has that — but I mean that strong conviction, which keeps ever before the mind the true aim of life, and unswerving loyalty to that conviction.”

Throughout history, there have been countless iconic figures who are notorious for possessing extraordinary wisdom. But what exactly is wisdom?

Defining Wisdom: “Seeking knowledge, understanding what is learned, and then applying these lessons to life’s situations and circumstances.” 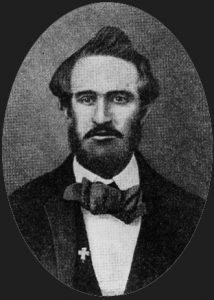 Knowledge is the accumulation of facts and information. Wisdom is the synthesis of knowledge and experiences into insights that deepen one’s understanding of relationships and the meaning of life. In other words, knowledge is a tool, and wisdom is the craft in which the tool is used.

Wisdom emerges not from the accumulation of knowledge and experience itself, but rather from reflecting thoughtfully on the lessons gained from experience. From time to time, wisdom may involve putting what makes us happy on the back burner in our quest for meaning and a life of significance.

Cultivating wisdom is a deliberate choice that people make regardless of age and intelligence. We, in Sigma Chi, believe that your life should be a quest or search for wisdom . . . that your hunger for knowledge will ripen into learning and learning into wisdom. In this way, you have the potential to make this world a better place.

We attribute wisdom with Founder Thomas Cowan Bell, MIAMI (OHIO) 1857. Brother Charles Townsend, in charge of erecting the monument for Founder Bell, stated “Thomas Cowan Bell early displayed an ardent love for the acquisition of knowledge and demonstrated those scholarly tastes which, coupled with a genial disposition, distinguished his later life.”

The single most important value you could ever develop is integrity. By making a commitment to a life of integrity, you will be doing more to ensure your success and happiness than any other choice you will ever make. As you act with integrity, every part of your life will improve. You will attract the best people and situations into your life. Your career will flourish.

Defining Integrity: “Being truthful, just and having a high sense of honor in all areas of life, regardless of the presence or absence of others.” 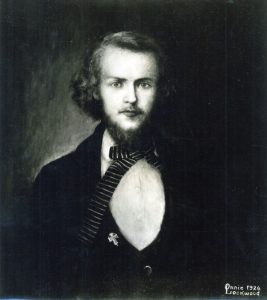 Integrity is a choice we make… and it’s a choice we must keep making over and over every day of our lives. People with high integrity realize that everything they do is a statement about who they are as a person. Even the smallest action can have an impact on our reputation. Daily, we arrive at decision crossroads.

The choices we make define who we are and what we believe in. We must choose between doing the easy thing or doing the right thing. Men of integrity seek to be true to the very best that is in them. Integrity, along with honesty, are non-negotiable leadership qualities.

They are the hallmark of ethical leadership. Companies, clients, stakeholders, churches, communities and families want leaders that they can trust, and when we demonstrate integrity, we build trust and respect.

When trust develops, people feel safe in your presence, and your influence grows. People should be able to visibly see your integrity through your actions, words, decisions, methods and outcomes.

We attribute integrity with Founder William Lewis Lockwood, MIAMI (OHIO) 1858. In 1857, he stated the following to the Eta Chapter, “When you first put on the ‘dear old cross’ you will create quite a sensation. In whatever part of the United States you may go, you will find no handsomer pins, and I trust and hope that those emblems of purity will be indices of the purity and nobleness of the hearts beneath them. We should endeavor so to raise ourselves that to say of a man, ‘He is a Sigma Chi’ shall be synonymous with, ‘He is a liberally educated, highhanded, pure and noble man.’ Such are some of the objects of our Society. The world is in great need of just such men and let all who go out from our chapters be such men.”

Few leaders become successful by accepting the status quo. Ambition directs leaders to aspire for something better, to reach beyond their grasp. 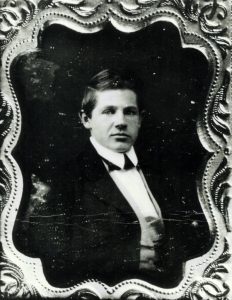 Defining High Ambition: “Exhibiting energy and motivation in every task, every day. Aspiring for something better, and reaching beyond your grasp.”

We attribute high ambition with Founder Isaac M. Jordan, MIAMI (OHIO) 1857. This is confirmed by Founder Benjamin Piatt Runkle, MIAMI (OHIO) 1857 when he said: “In front of the Davis House — our chapter house, though we did not know it — was a gate five feet in height and solid. Someone told Jordan that he could not jump over it. He said he could, tried it, caught his foot and was nearly killed. Not satisfied, he tried it again and succeeded. This was his character. He was wont to tell me in his working years that the burdens of life weighted heavily upon him. They do upon us all, but he showed no signs of faltering. He did everything with the same tremendous energy that he displayed when, during the siege of Cincinnati, I took him out of the trenches and put him on my staff. He showed that he would have made a splendid soldier, for he had all the qualities of a splendid man.”

Defining Self-Control: ‘Being pure and noble in thoughts and actions, and being able to approach life’s circumstances and temptations with restraint.” 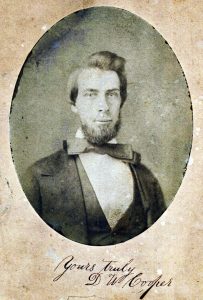 A leader must control his mind, body and heart. Self-control is the critical prerequisite to group-control. A leader must be able to direct his own actions before he can expect to direct the actions of others; he must trust himself before others can put their trust in his hands.

Founder Daniel William Cooper, MIAMI (OHIO) 1857, was a man you could trust. His life is a testament to the virtue of self-control. In creating our badge with Founder Benjamin Piatt Runkle, MIAMI (OHIO) 1857, he said, “By our Ritual we must avoid the danger that may come by believing that one could conquer by just wearing an emblem to parade virtues that are not within the heart.”

At the 29th Grand Chapter, Cooper stated, “Brothers, you wear the cross, that emblem to me above all things, the most worthy of reverence and love. See to it that you never do ought to dishonor it. Let your character be as pure and white as the enamel of which it is composed. Let your every word and deed be as rich and golden as the gold that surrounds and ornaments it…”

Defining Courtesy: “Showing politeness and manners in one’s attitude and behavior toward others — being respectful in nature and loyal in friendship.” 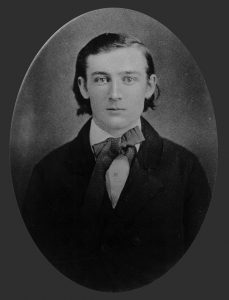 Courtesy directs a leader to remember that he leads people, not objects. As such, a good leader seeks to understand the needs and motivations of those he leads and treats them with courtesy and respect.

We attribute courtesy with Founder Franklin Howard Scobey, MIAMI (OHIO) 1858. Founder Benjamin Piatt Runkle, MIAMI (OHIO) 1857, spoke highly of Franklin Howard Scobey and wrote: “Frank Scobey, boy and man, was one of those whom everybody wanted everywhere at the same time. Of all those that I have ever been closely associated with, he was the brightest, the most cheerful, the sunniest. Do not understand that he was lacking in the strong qualities of manhood because he was loving and cheery.

“Sunshine is the most powerful agency of nature. The world would be dead without it. But this brother was never gloomy; no clouds seemed to shadow his life; he was the same to all at all times. The element of selfishness was as far from his nature as light from darkness. He cared nothing for money as money and yet he was the closest friend and companion of the only one of the Founders (Lockwood) who exhibited much trace of the commercial instinct.”

Fidelity, allegiance, fealty, loyalty, devotion are all words used to mean faithfulness to something to which one is bound by pledge or duty. In Sigma Chi, we define the value of Fidelity in the following way.

Defining Fidelity: “Remaining true to principle, loyal and faithful to a higher power, whether it be a chapter, state, nation or supreme being.” 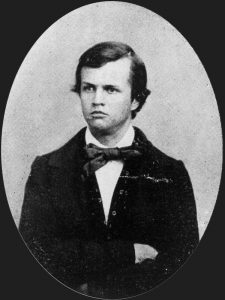 We attribute fidelity with Founder James Parks Caldwell, MIAMI (OHIO) 1857. During the dedication of Founder Caldwell’s monument, Bolan Turner, Executive Secretary of the Founders’ Monument Commission said: “Thus, it was that my thoughts turned to James Parks Caldwell, the life he lived, the example or pattern he left for us all. A man of ideals, who in his life displayed that fidelity to principle to the extent of offering to sacrifice his all for it. A man who illustrated early in his life that the ideals which form the foundation of Sigma Chi are even stronger than the jealousies and bitterness which were sufficient to cast our United States into one of the bloodiest civil wars in the history of the world.

“In those dark days, there was no one whose deeds and actions more clearly exemplified those ideals for which Sigma Chi stands. No one more than he could truthfully say when he went to his last resting place — I have fought the good fight. I have finished my work and above all I have kept the faith.”