For more than 35 years, Significant Sig Stewart McLaurin, ALABAMA 1981, has held leadership roles with national non-profit organizations such as the American Red Cross.

Through roles with the Ronald Reagan Presidential Foundation and at George Washington’s estate Mount Vernon, he has been immersed in the Presidential history of the United States.

When it comes to Presidential history and the history of The White House, however, there is perhaps no role as important as the one he holds today.

As President of the White House Historical Association, a role he has held since 2014, McLaurin has been tasked with leading the non-profit and non-partisan educational organization whose purpose is the acquisition, preservation, research and education efforts in support of the Executive Mansion and its importance to American history and culture.

what were your earliest impressions of sigma chi?

I can vividly remember that August night in 1977 when I walked up to the Sigma Chi house at the University of Alabama. There were these massive wooden doors and a large bronze crest on these doors. It was the first house I had visited during recruitment and didn’t know a soul there. So, it was my first foray into the possibility of Greek life. I enjoyed my time there and went to other houses. And, over the course of a few days, as I reflected on the impressions I have of those brothers at Sigma Chi, that’s where I gravitated to. I ended up not pledging until the next semester, but that gave me time to make friends there and make sure it was the right place for me. I have no doubt that it was.

what were some of your favorite sigma chi memories during your undergraduate days at alabama?

Memories to me are also realities when it comes to the Fraternity. I can vividly remember by initiation day in October 1978. But when I attend an initiation now, as recently as a few months ago, the feelings that I had on that morning in 1978 — the time collapses away and I have those same feelings of connectivity, the reasonings, values and the purpose of Sigma Chi Fraternity that I had then. It’s a very special thing to see these young men have the White Cross of Sigma Chi pinned on them the very first time and remember when that happened for me. The memories are great. Seeing it today and conveying to the next generations of Sigma Chis is very special for me as well.

The chapter, Iota Iota, was important to me because that’s where I was initiated and it’s where I experienced that first brotherhood. Since then, I’ve lived in Washington, D.C., New York and Los Angeles. The Fraternity is not a chapter house in Tuscaloosa, Alabama. The Fraternity is a brotherhood that’s not just national, but international. I meet Sigma Chis everywhere I go. You have an immediate connectivity.

what does your role today, historical preservation of the white house, mean to you?

you have been able to author books such as The White house miscellany, can you walk me through being able to deep dive into the history here (at the white house)? What are some of the most interesting things you've learned during this process?

One of the great things about my job is I could work here the rest of my life and not know all there is to know. Not only are we teaching and educating about The White House and its history, but I’m learning every day. One of the most fun things I do is a monthly podcast (The 1600 Sessions Podcast [https://www.whitehousehistory.org/1600-sessions]) where we unpack some of these stories by talking to people behind the scenes at The White House, or have a special experience with Presidents or growing up at The White House, even. To understand and experience history myself and learning more about it every day is very important to me.

sigma chi has had one president in our history, grover cleveland. what have you learned about brother cleveland in your role?

There were several presidents in fraternities and first ladies in sororities, so there is a rich history of Greek influence on our presidents and first ladies. One of the great things about Grover Cleveland, I think it’s wonderful to know that in his second inauguration — Cleveland is the only president to serve twice as president with an interval in between — he actually wore the White Cross of Sigma Chi for his inauguration and I think that’s probably unprecedented for an American president and very special for Sigma Chi.

do you remember the first time you visited the white house? and what is it like going back there now, in your role, knowing everything you've discovered about the building itself?

My first time in The White House was in the fifth grade on a school trip. In fact, hanging in my office is my fifth grade class photo taken on the Capital lawn. I remember walking through the walls of The White House, which at the time seemed massive and daunting. Today, it seems much smaller because it is a small house when compared to the European homes of heads of state. Every time I walk through those gates, walk into that house, I feel the privilege and weight of the history that gone before in that house and what that house represents to the world.

There are billions of people in the world who will never walk into that house. There are billions of people around the world who will never come to our country or meet an American. They know that The White House represents American freedom and democracy and is a symbol to the world. To have some small role in preserving its history and telling the rich and wonderful stories about its history is a great privilege. No matter how many times you walk in you have that feeling and it’s a feeling of awe, reverence and respect for all that’s gone before and all that will happen for the future of our country in that house.

The emphasis the Fraternity is placing on leadership, particularly transformational leadership, is very important in my view. For example, the support that brother Keith Krach has given to name and endow the leadership training workshop moving forward I think is the perfect example of how a brother is investing himself forward to the brothers that are coming today. When I go to an undergraduate chapter or my home chapter of Iota Iota, I don’t go there because I think I’m going to teach them something. I go there because I might learn something from them as well. The values that are instilled in them during their pledgeship and initiation, I’m reminded of those and they become fresh and new to me as well.

I think leadership is a two-way street at the transformational part of it. I hope that I can be a mentor. I hope that I can encourage. I hope that I can provide guidance, counsel and example to young people coming after, but I draw from them as well. I think as we look at our young brothers and the leaders of our undergraduate chapters and see what they’re doing as young men that are 20, 21, 22 years old and the responsibilities they have, I draw inspiration from that.

presidental greek history: did you know? 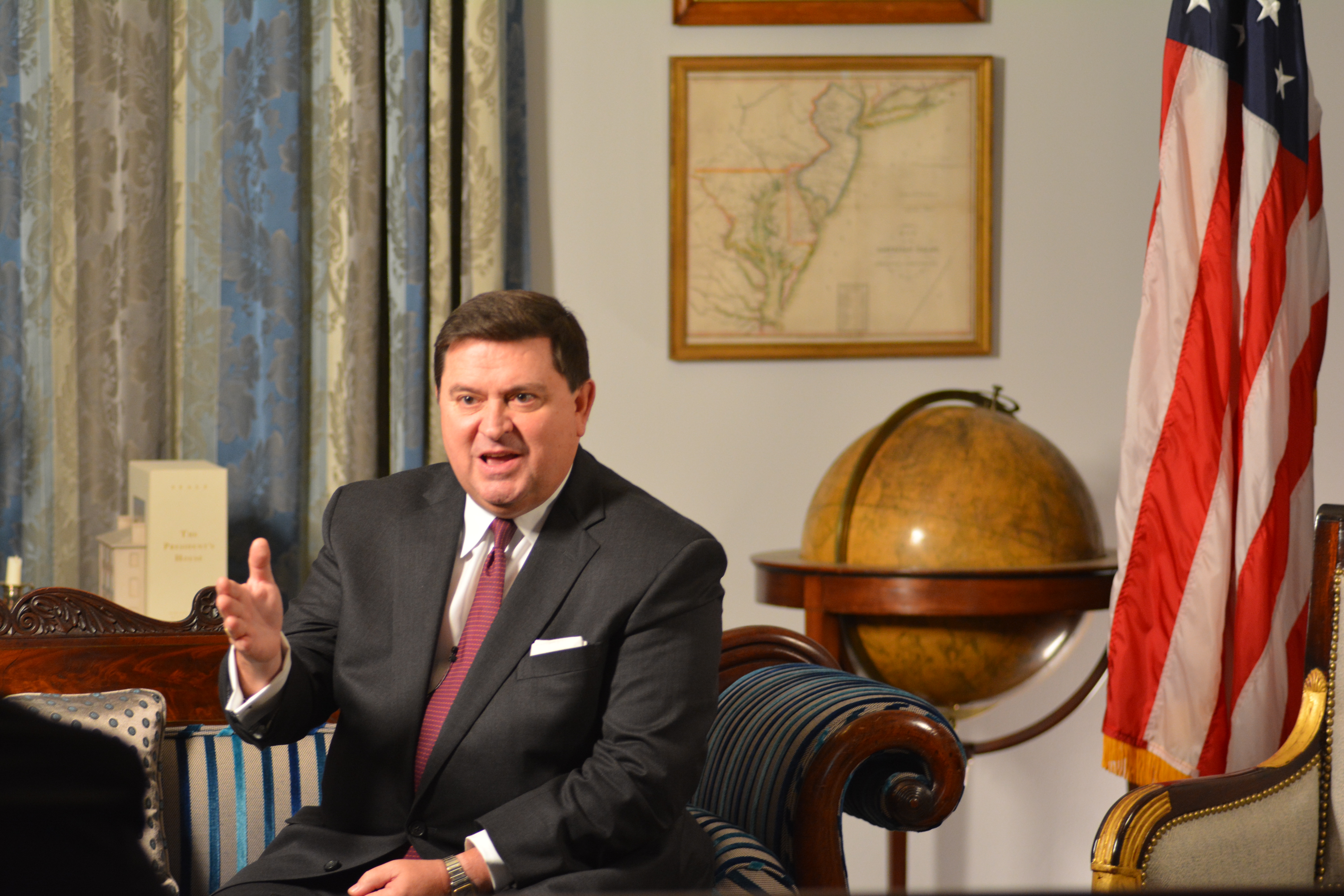