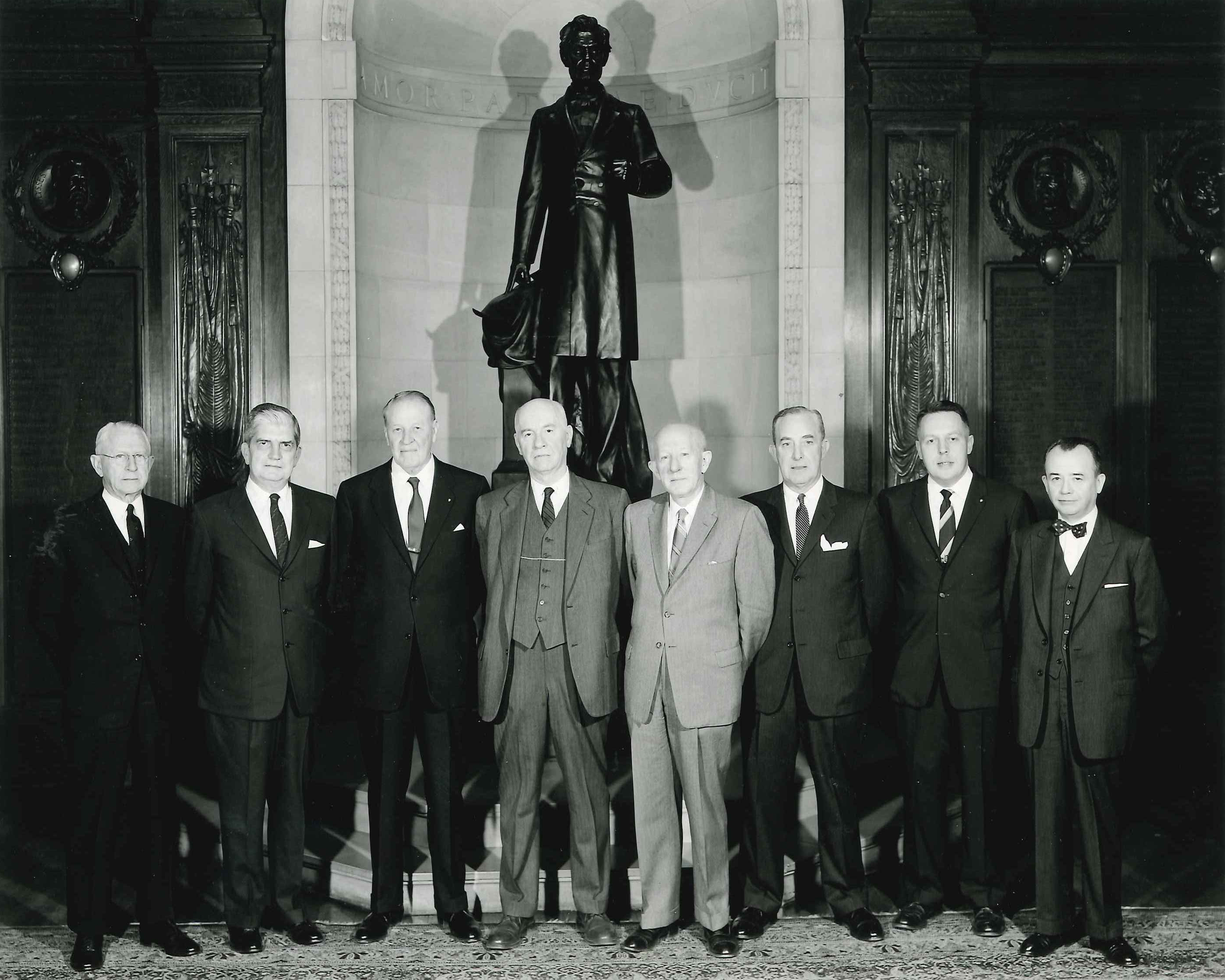 As the Director of Speechwriting for President Barack Obama, Significant Sig Cody Keenan, NORTHWESTERN 2002, helped craft Obama’s remarks for a variety of audiences from a Nobel Peace Prize acceptance speech to State of the Union addresses, a sermon in Selma, Alabama to a variety of messages in packed arenas and stadiums.

As a Sigma Chi, Keenan was a member of the inaugural session of Horizons in 1999 and has been a member of the Washington, D.C. Alumni Chapter. Following his graduation from Northwestern, Keenan attended Harvard and became an aide to Massachusetts Senator Edward M. Kennedy.

He joined the Obama campaign as an intern in Chicago and earned the role at the White House, where he was named by British GQ as one of the “35 Coolest Men Under 38 (And a Half).”

Keenan maintains a professional partnership with Obama, serving as a collaborator on his upcoming book as well as his post-presidential speechwriter. He also serves as a visiting professor for the Northwestern School of Political Science.

Walk us through your earliest memories of Sigma Chi and then getting involved in the Omega chapter at Northwestern?

“When I first went to Northwestern, I had no intention of going Greek. You know, my dad was a Lambda Chi. And what I saw from him over the years was that all those guys were still his best friends, you know, 20, 30 years later. But I didn’t have any intention of doing it, you know. And the very first night on campus, we ended up at a house party off campus and I met all these great guys who were like, ‘You know, come tailgate with us tomorrow, hang out.’ And it just turned out they were all Sigs and they were the kind of guys I wanted to be around and we hung out all quarter and it was kind of a no brainer. Ultimately you rush there. It was mostly just luck. I mean that very first night, by the time rush came around, I’d already made up my mind.”

What were some of your takeaways from your undergraduate experience as a Sig?

“I teach at Northwestern now, which is where I went to school, and I go back once a week in the fall quarter and I try to have dinner with the guys there in the house. And one of the things I tell them is it’s so hard to look forward when you’re in college, right? You’re just thinking about what the next test is, what the next party is. You know, who football team’s playing this weekend, let alone to look 20 years out. And you know, I certainly didn’t look 20 years out when I was in college, but you’re surrounded by all these guys. And what I try to tell the brothers when I’m back is, ‘You know, these are the guys you will be surrounded with for decades. This doesn’t just end when you get out of here. I mean, you’re gonna be standing next to these guys at their weddings. You’ll be at funerals and you’ll, you’ll keep in touch forever. Now, all that’s to say, I didn’t know that at the time, right? So you’re just hanging out with your buddies. Um, but one of the things that we did, and the guys that I gravitated to, was we pushed each other constantly to be a better version of ourselves. And one of the great gifts of Sigma Chi is that I’m still on a text chain today with five other guys who I hung out with in school 20 years ago. And two of them are surgeons, two of them started major corporations. One of them started a nonprofit that’s helped thousands of kids in New York City. Every single one of them is a devoted husband and father and family man. And you know, if you’d have told me that back in 1998, 1999, I wouldn’t believed you. Sigma Chi has actually become more important to me after college than it was while I was in college.”

Which values and lessons of Sigma Chi have had the most impact on your career?

“You know, it’s funny, when you’re a pledge and you’re being forced to memorize all this stuff, you know, the Creed, the Jordan Standard and read The Norman Shield — at the time you’re just like, ‘Alright, I’ve just got to memorize this so I don’t get in trouble.’ But it’s real, right? I mean, the same guys I gravitated to back then are the ones that I hang out with now and they’re all men of good character. You know, students of above average ability, ambitious, honorable, have a sense of personal responsibility to them. And, you know, I don’t think, there’s no alchemy to Sigma Chi or any of the fraternity that just makes you a better person. That’s really up to you. Right? But the guys you choose to surround yourselves with, the values you decide to pursue really can make you the best version of yourself. And that’s what it’s all about. I spent eight years in the White House working with people from other fraternities and sororities, and people who were never Greek at all. And they were all wonderful and incredible and smart as hell. I don’t think it made us any better, but it did make us that better version of ourselves.”

Can you walk us through meeting President Obama the first time and how you became associated with him? To be a wordsmith for one of the great orators in American history has to have provided many amazing moments.

“It’s been a wild ride. I first joined the Obama campaign in Chicago in May of 2007, so 12 years ago. But the funny thing about a campaign, Senator Obama, at the time, was never in Chicago. He’s out campaigning everywhere. So the first time I met him was almost two years later in the White House. I think he was in headquarters maybe three times during the campaign. I think the first time I met him was maybe the second day on the job in January of 2009. And, you know, it was in the Oval Office, which is like the greatest home court advantage in the world. You walk in there and you can’t help thinking like, ‘Holy shit, your mouth goes dry and it happens to everybody, but he was calm and already felt right at home two days into it.’ You know, he’s just like, ‘Hey, I just wanted to meet you. I’ve seen your name on speeches for the last couple of years and I’ve never actually gotten to hang out with you.’ We bonded a little bit over — we’re both Chicagoans, I’m a north side Cubs fan, he’s a south side Sox fan. After that I walked out and it was kind of like Will Ferrell in “Old School.” You asked him what happened? ‘I blacked out.’ But we developed a good working relationship over time and I still work for him 12 years later.”

Are there any experiences or particular moments or speeches that you're most proud of over from that eight-year period?

“Sure. I mean, one of the things about a president giving speeches, he gave 3,577 of them, is that most of them aren’t remembered. A lot of them are just to try to move the ball forward on a particular issue, bit by bit. But, you know, you do have the chance to say things that matter that make a difference, that try to shift the the tenor of our debates or shift Americans’ perceptions of ourselves. We’ve got to do that a few times. The speech when he got the Nobel Peace Prize, he decided he wanted to do something about, he wanted to speak about the necessity of war. When we went to the 50th anniversary of the marches from Selma to Montgomery, he wanted to talk about kind of the truer arc of American history. Who gets to define what the true meaning of America is. We had to give too many eulogies after mass shootings, you know, whether it’s Tucson or Newtown or Charleston. Obviously, my favorite was when the world champion Chicago Cubs came to the White House our last week there and I wrote the heck out of that. But it was a wild ride, you know, and he took great care in his speech crafting and really worked on it because, you know, he believes that his speech is just a well thought out, well-structured argument, you know, it’s a way to put your ideas on paper and then go present them to the world. And so we were all fortunate that we got to write for somebody who would take the drafts we gave him and take them to a higher place.”

“I think that’s so important. Just thinking back to when I was a student, those aren’t the types of things you’re thinking about, you know, so for people to come in and train you in that I think is really important from an early stage. I was fortunate enough to go to Horizons after my sophomore year, which changed the way I thought about myself in a lot of ways. I hadn’t had any leadership training before that. And you know, to put yourself in a difficult situation, to have people who’ve been there before teaching you when to speak up, when to lead, when to shake off your fear of being the first person to say something or do something. That’s something that everybody eventually learns over time. But to actively and proactively teach undergraduates that skill I think is really important.”

Speaking of Horizons, you were a part of that first inaugural session of what became the preeminent leadership development program in the Greek-letter world. What were your thoughts going into that session in Snowbird, Utah?

“I was scared and, you know, in retrospect, I can’t believe I actually did it. Um, what possessed me, when I would have been maybe 19, to just fly out to Utah and meet a bunch of people? I didn’t know. But I remember growing that week. I still have my journal from that week and asking myself tough questions about where I’ve fallen short, you know, even as a 19 year old, but more importantly who I wanted to be. And what does doing the right thing mean no matter how difficult it is.” 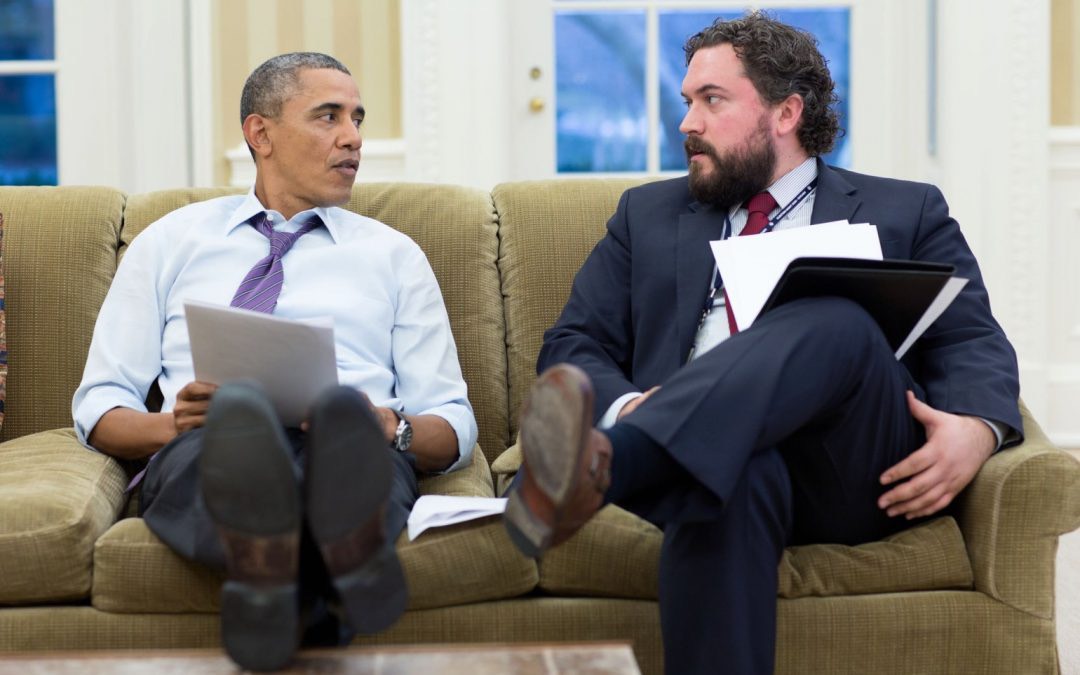