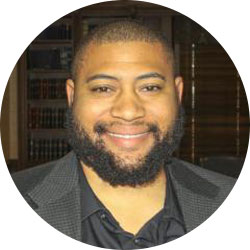 Desmond was born in Austin, Texas, but he was raised in Fort Worth, Texas. After graduating from Crowley High School in 2010, he attended Tarleton State University in Stephenville, Texas, where he studied business marketing. He served his undergraduate chapter as its Consul, Pro Consul and Recruitment Chairman, among other roles. While being involved in his chapter, he also kept an active role on Tarleton State’s campus serving as president of The Tarleton American Marketing Association. Des enjoys traveling, fishing, attending concerts, playing video games and spending time with his family.

As director of expansion, Desmond is the principle point of contact for the Fraternity’s New Chapter Development Committee, which provides administrative oversight of the organization’s colonization process. He also oversees the training of new expansion staff members at International Fraternity Headquarters.