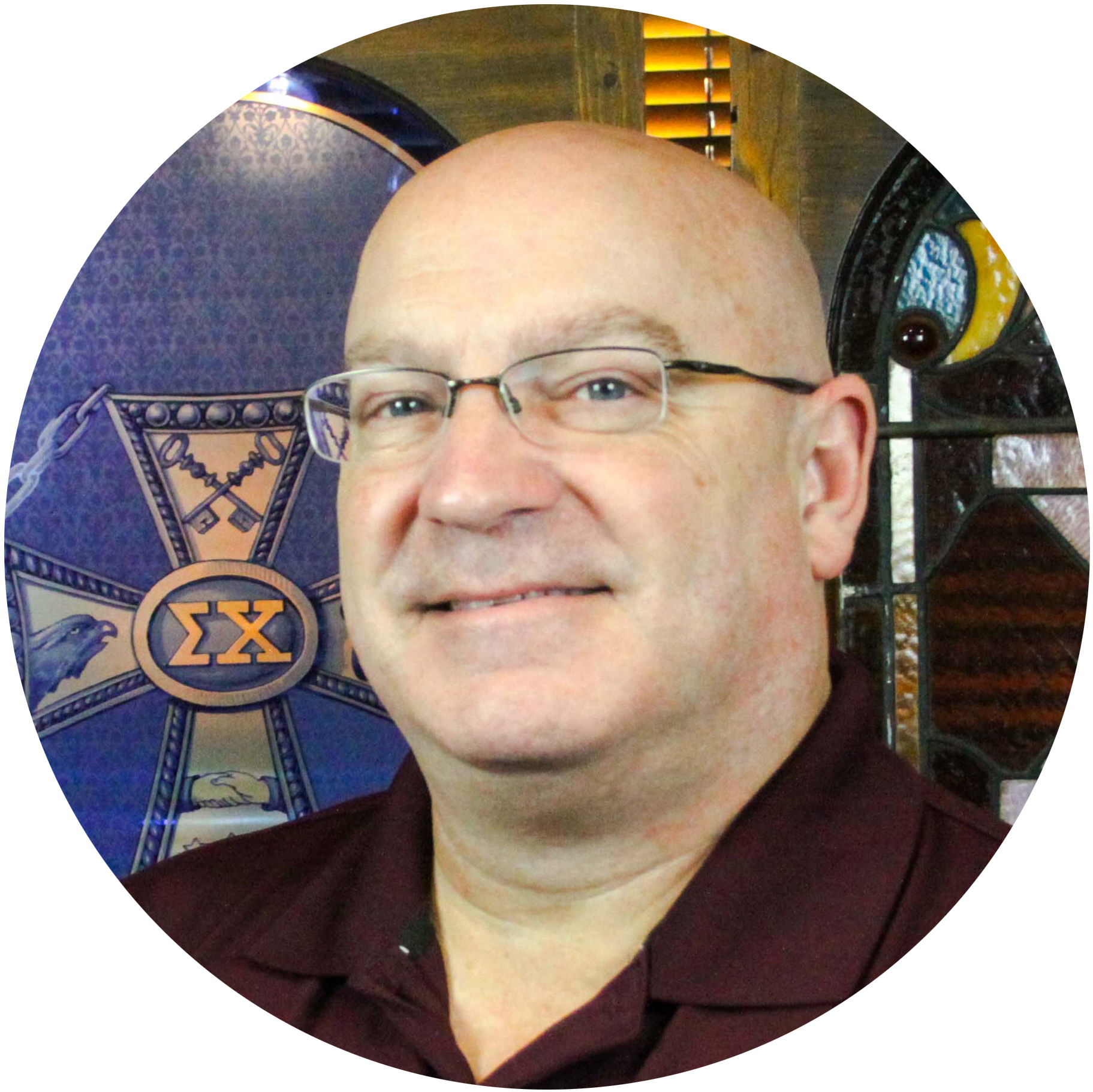 Dan was initiated into the Fraternity’s Puget Sound undergraduate chapter on Aug. 31, 1985, and holds bachelor’s degrees in computer science and business, as well as psychology. His previous experience includes work in human resources management, law enforcement and consulting. As an alumnus, he has devoted much of his time to mentoring undergraduate Sigma Chis and helping them achieve and grow, individually and collectively. He served his undergraduate chapter as its chapter advisor from 1989 to 1999, and as Grand Praetor, or regional governor, for the Northwestern province from 1999 to 2015. He received the Edwin C. Fisher Grand Praetor of the Year Award and was inducted into the Order of Constantine in 2009.  He was the first, and so far the only Grand Praetor in Sigma Chi’s history to be elected to the Executive Committee by the Praetorial College for three consecutive terms, as their representative on the Board of Directors. Dan joined the Headquarters staff in March 2015 as Director of Accountability and Chapter Accounts, before assuming the role of Senior Director of Chapter Support on July 1, 2017.