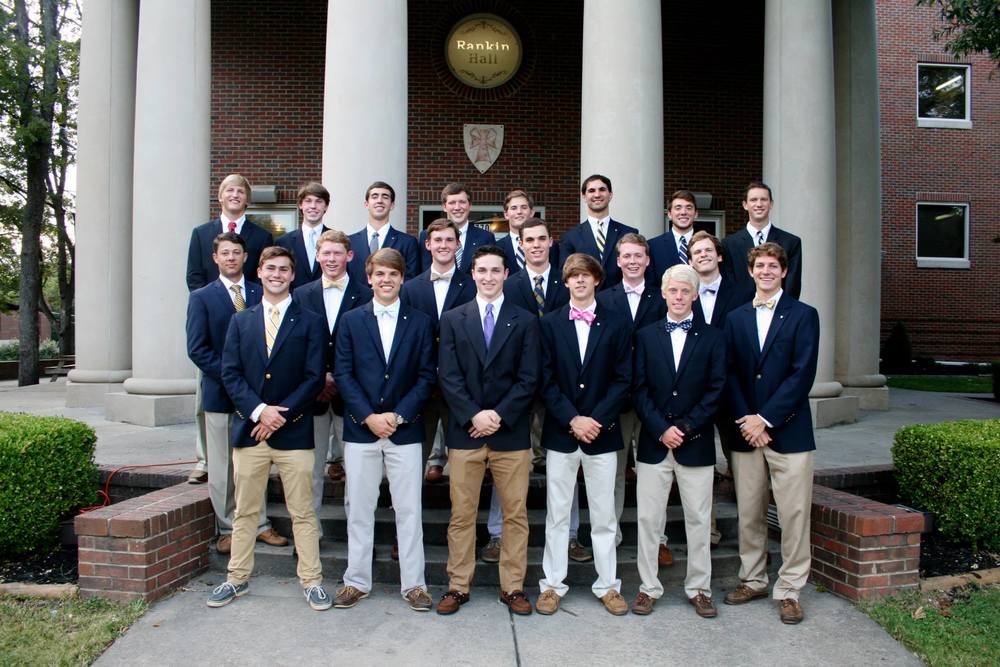 From the moment Harry St. John Dixon, Virginia 1861, had been initiated at Charlottesville, Virginia, on December 4, 1860, he was fired with an unflagging zeal for the Fraternity. Coming from Mississippi he naturally joined the Confederate Army. He and Harry Yerger, Mississippi 1864, were in the same company and they frequently talked about the future, or as they saw it, the lack of future for Sigma Chi in the South. Already they had both begun to have grave doubts about the outcome of the war. Writing in 1881, Dixon gives the circumstances under which this unique chapter was conceived: “In excuse 0’£ the irregular proceeding it must be remembered that with one or two exceptions all the colleges in the South suspended during the war; and those which continued operations did so pro forma only. It was ascertained that a number of the Fraternity were in the Army of Tennessee under General Joseph E. Johnston during the Atlanta Campaign in 1864. The idea was to preserve the order in the Confederacy.

It was conceded that the South was forever disunited from the general government; and all the chapters in the South having ceased to exist, unless the members of the order preserved it by organization! it was conceived that whatever the termination of the war, it would cease to exist. Furthermore it was deemed expedient that we should know each other and our several commands for purposes of relief in distress, and communication in case of need with our Northern brethren.”

Here in Dixon’s own words, is his description of the actual meeting: “The meeting was held in a deserted log cabin on the outskirts of the camp. By a miraculous effort one wretched tallow candle was procured. The cabin was in a state of frightful dilapidation. Its rude walls and rafters were covered with soot and cobwebs, and the floor showed evidences of having been the resting place of sundry herds of sheep. But the spirit was there and shone brightly. There was no time for ceremonies beyond what were absolutely required. We had left camp without permission and did not know at what moment our bugles would sound ‘to horse’ and the ‘fearful adversary’ was at hand. We got some chunks and by placing rails upon them, improvised benches, lit our tallow candle, had the President to reconnoiter the place thoroughly and upon his report that all was well, proceeded with business.”

Organization was completed by electing Dixon as “Sigma,” or president, of the chapter and Yerger as “Chi,” or vice president. At least three other members of the Fraternity are known to have been present. One was Reuben T. Pollard, Mississippi 1861. Another was Evan J. Shelby, Mississippi 1862, and the third member present was William H. Bolton of the class of 1861 from original Sigma at La Grange, Tennessee. There may have been other Sigs present but, if so, their names are unknown.

With the five named above were the two companions from Company D whose initiation had been planned in advance, Lt. Thomas N. Fowler and Corp. A. B. Raffington.

These seven, at least, kept the rendezvous that night in the little Georgia log cabin. By the flickering light of the lone tallow candle they made Greek letter history by forming a chapter of Sigma Chi, the bright light of which will shine down through the years.

This article reprinted from the “Just a Century Ago” series by brother Collett from The Magazine of Sigma Chi archives, June 1964.

In 1939, the Sigma Chi Fraternity erected a memorial to the Constantine Chapter near the location of its first meeting place. To read about the memorial, click here. 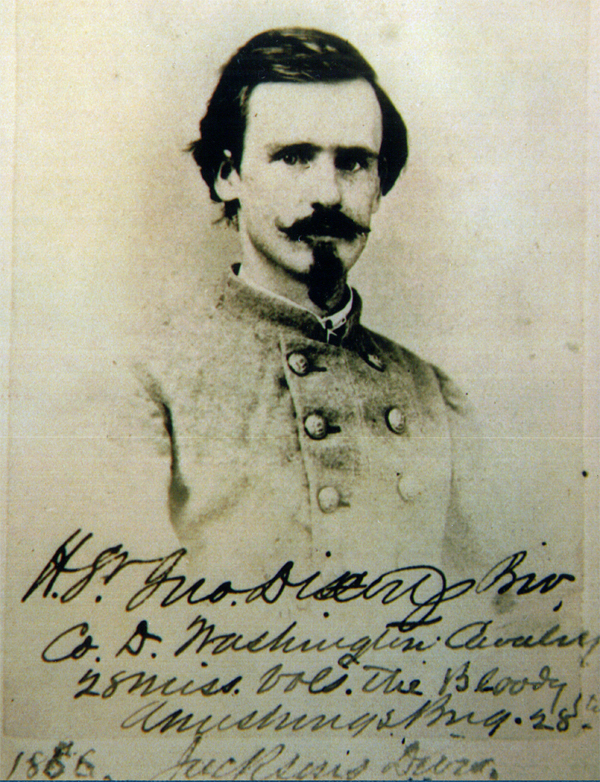 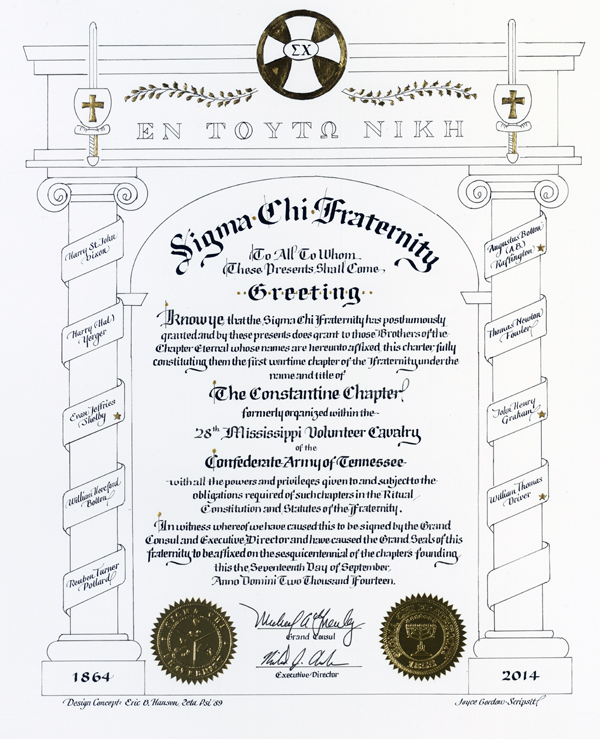