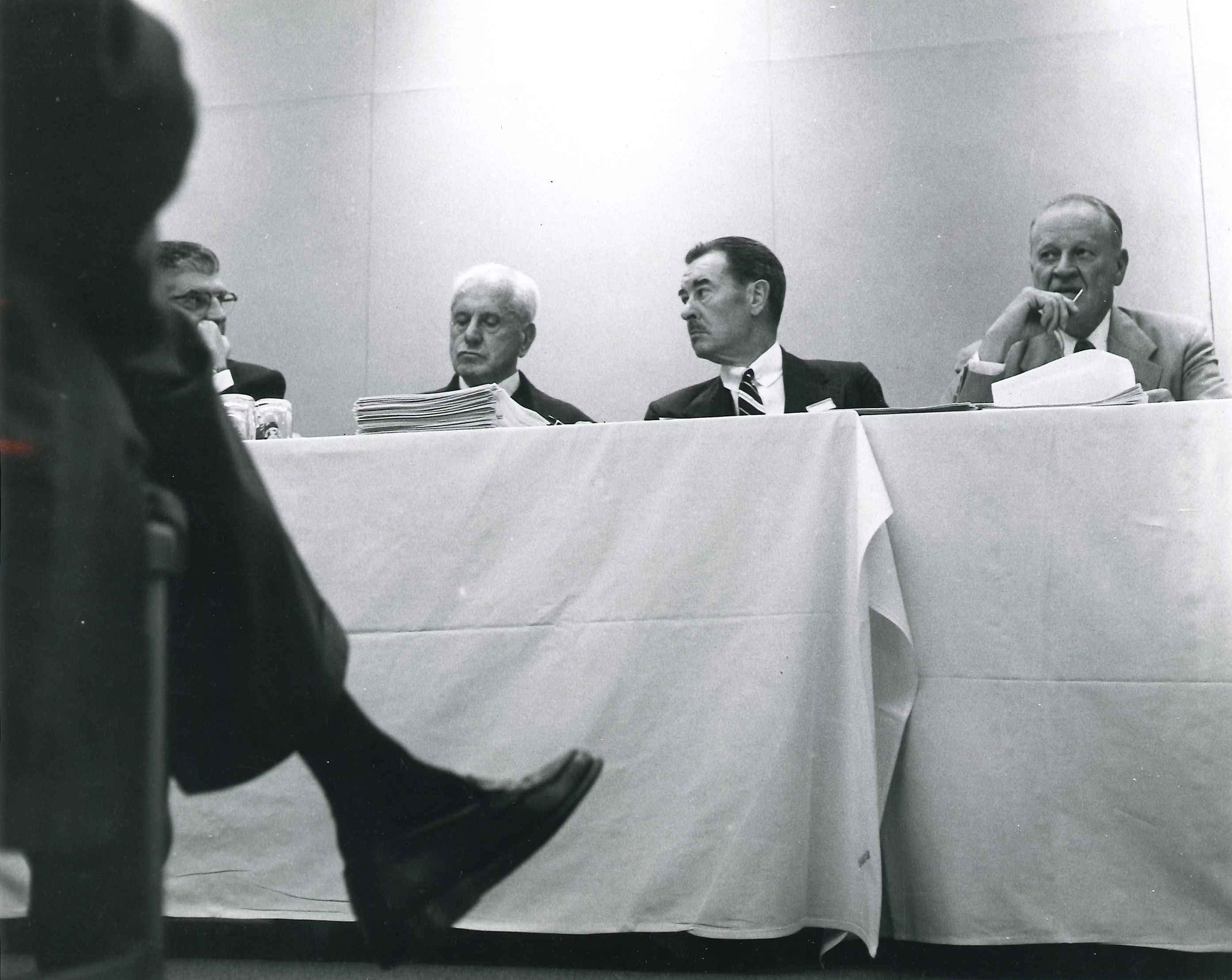 Sigma Chi Fraternity’s form of government only changed once over the years. The original governing body, known as the parent chapter, acted as the headquarters of the fraternity and issued charters to new chapters. The parent chapter also raised and distributed funds and planned conventions for the society.

Alpha chapter functioned as “the Alpha” or parent chapter from the establishment of the Fraternity in 1855 until it went inactive three years later. At that time, parent chapter status passed to Gamma chapter at Ohio Wesleyan. The effectiveness of parent chapter rule waxed and waned according to the abillities of the brothers at Gamma.  By 1882, Sigma Chi had grown to 35 chapters–much too too large to be governed by such a system–and the Fraternity began to consider a new form of governance. When the Grand Chapter convened in Chicago in 1882, it adopted a new centralized form of government which is still in use today.

Grand Chapter is the Supreme Legislative body of the Sigma Chi Fraternity. 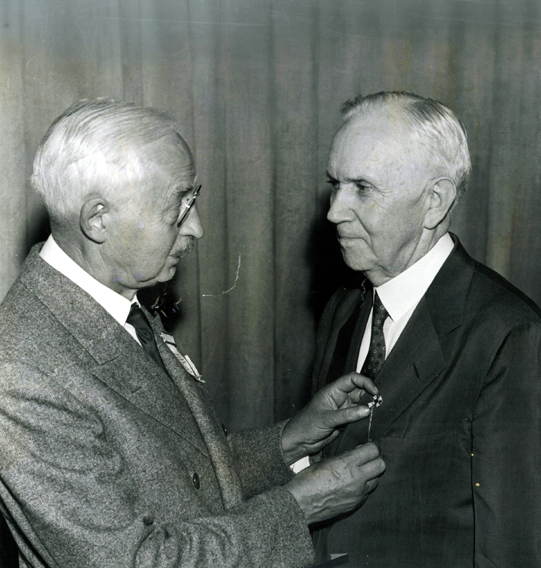 During the meetings the members elect officers of the Fraternity. Generally, Grand Chapter has convened every two years since 1857 and has been delayed only once during the U.S. Civil War; and canceled twice in 1943 and 1945 due to wartime restrictions on travel and gas rationing.

The Grand Chapter consists of a delegate from each undergraduate and alumni chapter, the Grand Consul and the past Grand Consuls. Grand Chapter has the ability to change or amend the Constitution, Statutes, and Executive Committee Regulations; grant or withdraw charters of chapters; discipline any chapter, officer, or member. Grand Chapter creates an environment in which brothers become familiar with fraternal operations and can be recognized for their achievements.

During the years that there is not a Grand Chapter, the fraternity holds Grand Council. It is made up of the Grand Officers, Past Grand Consuls, members of the Executive Committee, Grand Trustees, Grand Praetors, members of the Leadership Training Board, and one undergraduate from each province. The Grand Council may amend the Statutes or Executive Committee Regulations, but not the Ritual or the Constitution.

The Executive Committee of the fraternity consists of 11 members; the Grand Consul, Grand Pro Consul, Grand Quaestor, the past Grand Consul, a Grand Trustee nominated by the Board of Grand Trustees, a Grand Praetor nominated by all of the Grand Praetors, two undergraduate representatives, one alumnus member-at-large and the two most recent International Balfour Award winners. The committee oversees the implementation of the decisions of the Grand Chapter and the Grand Council. They are also in charge of the Fraternity’s budget, coordinate with the Executive Director to maintain the International Headquarters staff, administer the endowment and trust funds, and establish Executive Committee Regulations. The Executive Committee may also place on probation or suspend undergraduate chapters and investigate petitions for those chapters. The committee schedules the Grand Chapter and Grand Council meetings as well. 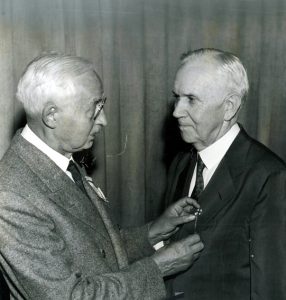 The Grand Officers of the Fraternity are all volunteers, but each has a very important role. The Grand Consul not only serves as the Chairman of the Executive Committee and Grand Chapter, but is also the International President of the Fraternity. He overseas all activities and operations of the Fraternity and signs all charters and official documents. He has the power to interpret and enforce the Constitution, Ritual and Statutes how he finds fit. He also appoints all standing and special committees.

The Grand Pro Consul is the vice president of the Fraternity. He is second in command and serves as Grand Consul when the Grand Consul is unable to perform his duties.

The Grand Quaestor is the treasurer and financial controller. He oversees all financial regulations and the budget. He also reports to the Grand Chapter and Grand Council once and year and provides financial statements for the Fraternity.

The Grand Tribune is the spiritual and fellowship advisor. He promotes exemplary scholarship, morality, and high ideals in undergraduate chapters.

The Grand Historian collects historical material of the Fraternity and encourages similar practices among the undergraduate chapters. He is also responsible for the Fraternity archives and publishing the history of Sigma Chi.

The Board of Grand Trustees is comprised of eighteen members, all of whom are volunteers and serve six year terms. They are also members of Grand Council. Six of the Grand Trustees are elected during each Grand Chapter. This office oversees and maintains chapter housing-related programs and consults with house corporations and others who hold property that benefits undergraduate chapters. They also provide undergraduate chapters with solutions to liability coverage and mortgage financing through the advancement of the Risk Management Foundation and Constantine Capital, Inc.