Menu
History of the Commission 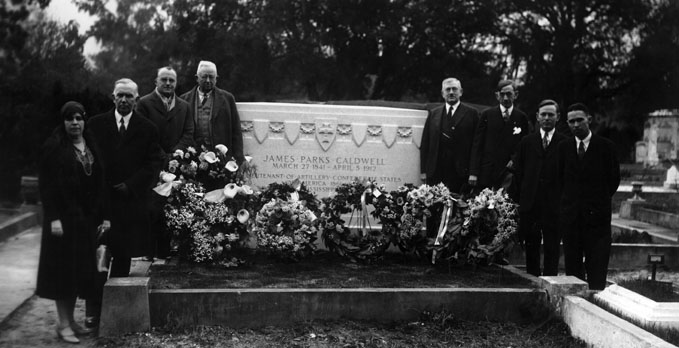 / history of the monuments and memorials commission /

It has been said that to know ourselves we must know our forbears. In early recognition of this fact and at the urging of the Epsilon Chapter of George Washington University, the 1921 Grand Chapter passed legislation creating the Runkle Monument Commission. The Commission was charged with designing, financing, erecting and dedicating a suitable monument to Founder Benjamin Piatt Runkle at Arlington National Cemetery.

“The Grand Consul recently visited the graves of two of our Founders, which are unmarked. A poll of the chapters taken by your Grand Consul resulted in a large vote, practically unanimous, in the wish to enlarge the purpose of the Runkle Monument Commission so that eventually the graves of all Seven Founders will be marked.”

“Therefore, your Grand Consul, in his official position as head of the Fraternity, by reason of the vote of the chapters, has extended the work of this commission so that the plan and the scope thereof will be to place a proper monument at the grave of each and every Founder.”

“In the opinion of all who have considered this matter, it is among the greatest efforts ever attempted by the Fraternity and one of the most worthwhile things to accomplish.”

The commission continued to concentrate on its original project, and on Sept. 29, 1923, Virginia Governor Lee Trinkle, dedicated the Runkle Monument. The commission then stepped up to its expanded responsibilities. One after another, monuments were erected and dedicated at the gravesites of the remaining Founders, when, on October 23, 1933, all were completed. On that date, 400 Sigma Chis and friends assembled at the Presidio, near the Golden Gate Bridge, to dedicate the Thomas Cowan Bell Memorial. Their project had taken 11 years and spanned the United States from coast to coast.

Since that time, five additional monuments have been added and dedicated—the Constantine Memorial and those dedicated to Harry St. John Dixon, John Stafford McMillin, Joseph Cookman Nate and Samuel Clark.

Two other sites round out the spectrum of our monuments and memorials. They are the Founding Site in Oxford, Ohio, and the Peterson International Headquarters and Omicron Omicron Museum in Evanston, Ill. Both of these properties house superb quality collections of furniture, books and memorabilia, which document our history.

The Monuments and Memorials Commission consists of a chairwarden and 14 wardens, each responsible for the utilization and maintenance of the monument under his care.