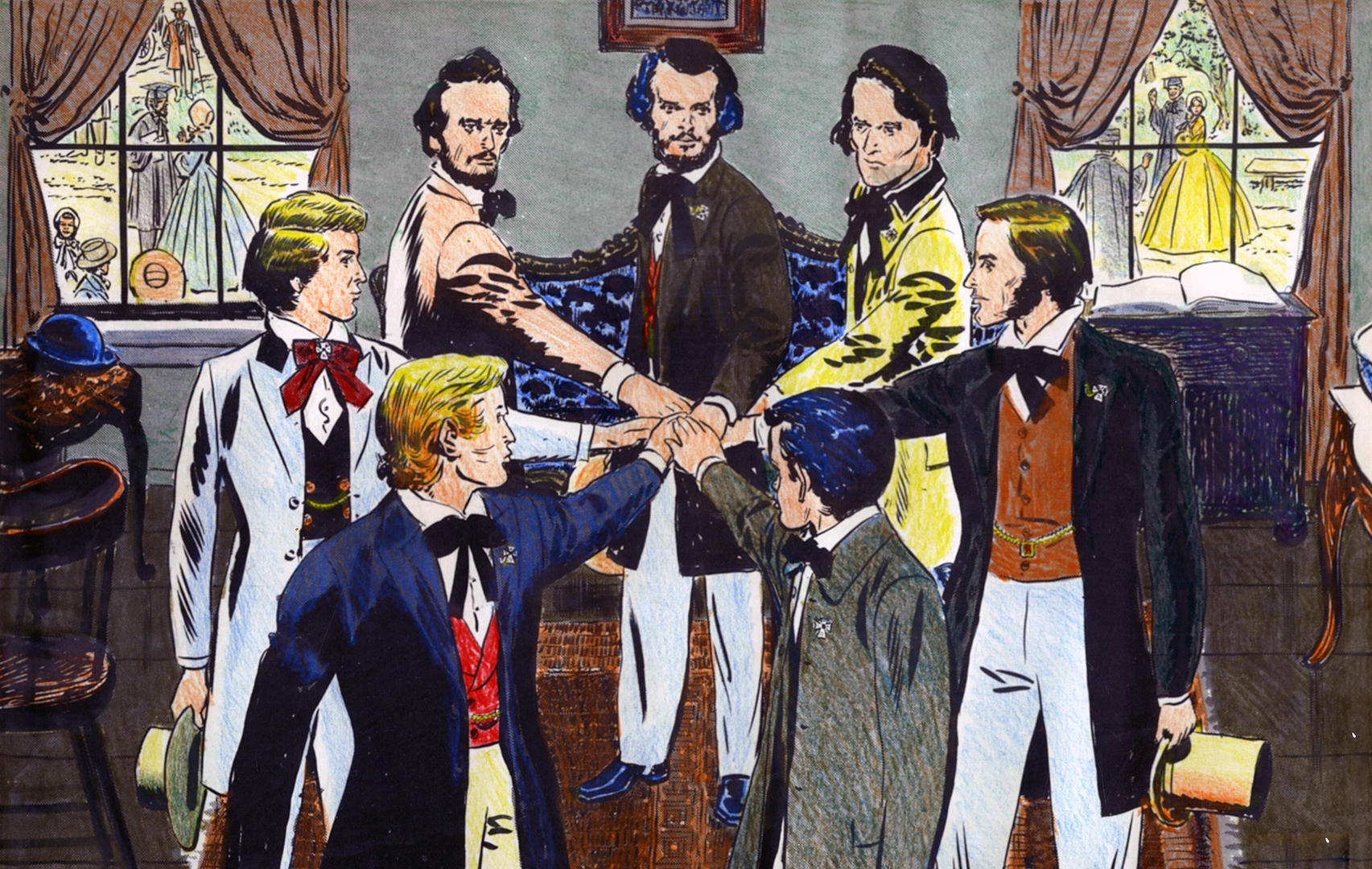 Preserving the LEgacy of Brotherhood

In 2005, Sigma Chi achieved a significant milestone as the Fraternity gathered at Cincinnati, Ohio to celebrate our 150th anniversary. While Sigs honored our Founders and the legacy of the nearly 300,000 men who have joined our brotherhood since its inception, a smaller group of men also assembled. Their mission was to assure that the memory of that legacy would not be lost—this was the genesis of The Sigma Chi Historical Initiative. Under the direction of our 20th Grand Historian, Eric Hansen, CINCINNATI 1989, the members of the Archives Committee and Historical Commission formulated a plan to inspect, preserve, catalogue, and, where appropriate, digitize the nearly three-quarters of a million historical documents and artifacts comprising the historical collections of the Sigma Chi Fraternity.

The work on the Initiative commenced in June 2005 with the hiring of a professional archivist, Noah Phelps, NORTHWESTERN 2008. Since its inception the archivist has created a plan to achieve this monumental task and is moving that plan forward with the help of interns from the Public History program at Loyola University Chicago. To date the Initiative has catalogued and seen to preservation needs of nearly 15,000 artifacts including 6,400 documents and over 8,000 photographs. Approximately 5,000 of these items have been digitized for quick and efficient distribution to the staff of Sigma Chi International Headquarters and to members who request historical information.

The goals of the Initiative do not end with simple preservation and were not designed to strictly benefit the headquarters. Ultimately, our goal is to make these resources available to the men who are the foundation of our Fraternity—you, our brothers. To this end, we have developed a set of complementary goals to achieve this. First, a web site is being created at http://history.sigmachi.org to allow you to see what we are doing and provide an access point to Sigma Chi’s historical resources. The web site will contain simple lists of information, responses to frequently asked historical questions and keep you abreast of the various projects under way in the Initiative. Our current Grand Historian, Dr. Bill Fleming, SAM HOUSTON 1965, will contribute a quarterly Grand Historian’s Newsletter to the site. Other members of the Archives Committee and History Commission have agreed to contribute content as well.

Along with historical information, the web site will also offer a link to an online catalogue of historical items in the collection. There are documents and photographs as well as museum items such as Grover Cleveland’s Sigma Chi badge, Bill Werber’s 1940 World Series uniform and original artwork from artists such as Milton Caniff and John McCutcheon. The catalogue will allow you to search for specific items or simply browse. So if you are wondering if that rather embarrassing picture of you in the Homecoming parade is still here, you can search for it and find out. Finally, we are creating an electronic document distribution tool that will allow members to search the entire run of The Magazine of Sigma Chi and The Sigma Chi Bulletin—as well as the wealth of other documents here in the archives—and download them across the Internet.

We hope to have the online tools ready in the next few months, but as you might imagine, the ongoing effort at preservation is a major undertaking and will continue for a number of years. With the support of the Sigma Chi Foundation, the Sigma Chi Historical Initiative continues to move forward. We welcome your interest and your support.

Ways to Help the Initiative