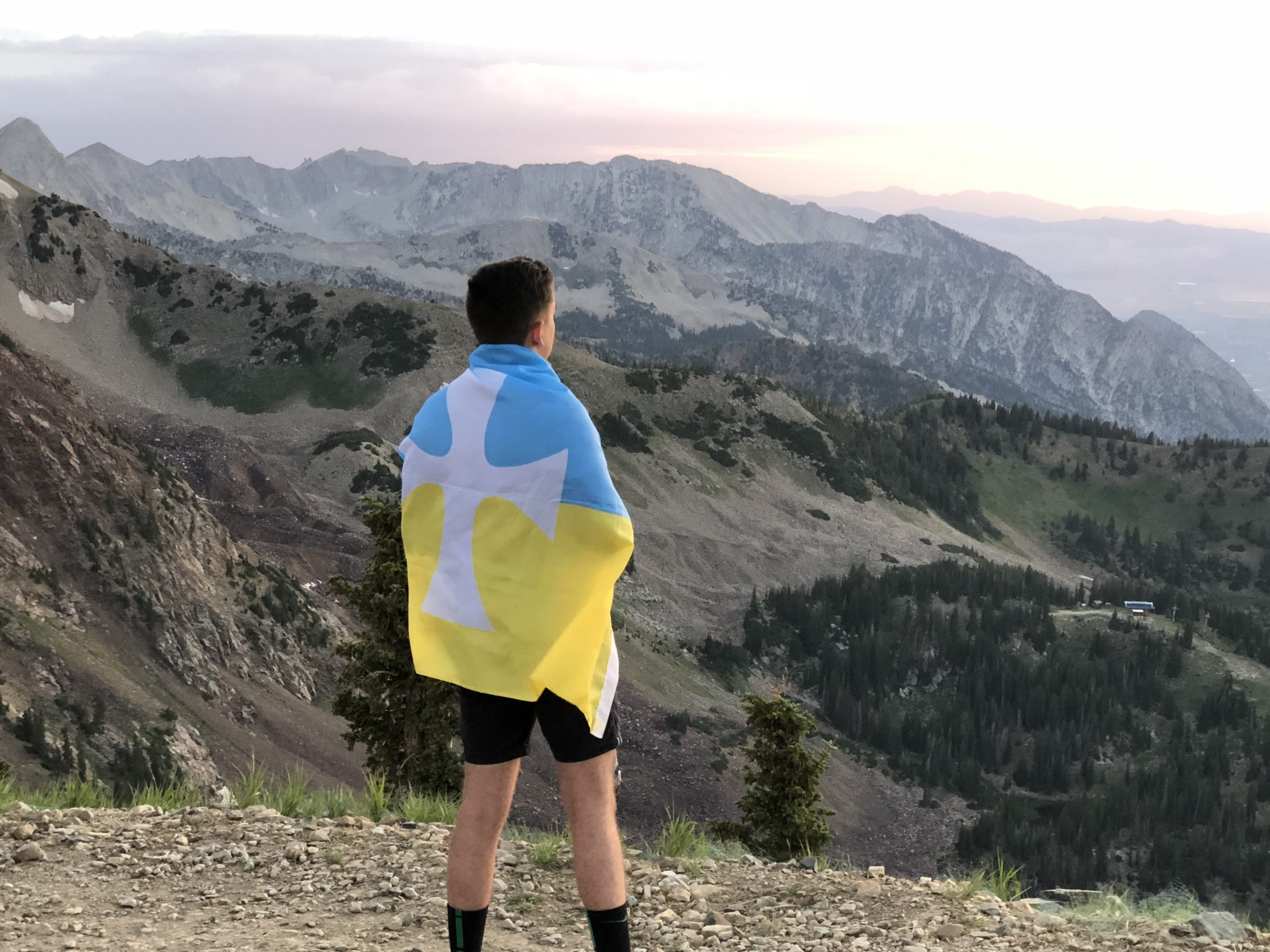 RMF Board of Directors 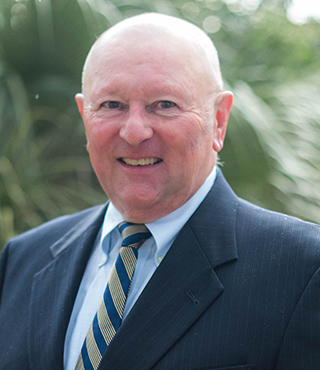 Order of Constantine Sig Dennis Santoli serves as chairman of the Risk Management Foundation. He previously served as the Fraternity’s 67th Grand Consul from 2011 to 2013 and chairman of the Sigma Chi Leadership Institute.

Mr. Santoli has over 30 years of experience managing domestic and Bermuda-based insurance companies that specialize in the underwriting of general and professional liability risks for health care facilities. Mr. Santoli is Chairman, President and CEO of The Campania Group, a holding company. Campania has three wholly owned insurance company subsidiaries. These include CampMed Casualty and Indemnity Company, Inc. of Maryland, and Health Facilities Insurance Company, Ltd.

Prior to founding The Campania Group, he served as Chief Executive Officer of Health Facilities Insurance Company, Ltd. from its founding in 1978 until 1992. Under his direction, HFIC obtained 40 surplus lines licenses and procured a significant marketplace in the healthcare general and professional liability sector. During his fourteen years as Chief Executive Officer and Chief Operating Officer, Santoli expanded HFIC from a $.5 million in surplus captive insurer to an insurance company with over $20 million of surplus and an "A" rating from A.M. Best.

Mr. Santoli has also been chairman of the Sigma Chi Leadership Institute and has been part of the following General Fraternity committees: legal affairs, chapter and member accountability (CAMAC); International Balfour Selection; investment, budget and non-student Initiation (NSI). He served as Eastern Virginia Province Grand Praetor for six years and was president of the Northern Virginia Alumni Chapter from April 1997 to February 2002.

Mr. Santoli received a J.D. from the Georgetown University Law Center in 1973 and a B.A. from Case Western Reserve University in 1967. He is admitted to the District of Columbia Bar and the Ohio Bar. 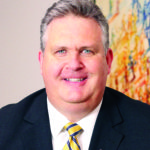 After spending seventeen years with Arthur J. Gallagher and Co. in several sales leadership roles, he joined Willis North America as a National Partner in 2005 to lead their North American Captive, Actuarial and Pooling Solutions Practice. In 2008, Brother Dobrolinsky joined Assurance, a leading independent insurance and risk management brokerage. He serves as Partner and uses his expertise to focus on placing conventional and excess insurance and reinsurance for public entity, non-profit, education and religious risks; in addition to alternative risk groups and consortiums.

He was inducted to the Circle of Honor by the Delta Rho Chapter in 2009, and he was inducted into the Fraternity’s Order of Constantine in 2017. 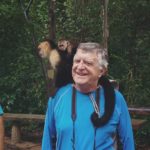 Brother Pitt graduated from the University of Western Ontario in 1971 and completed his MBA in international finance from the same university in 1973. He has had a career in international corporate banking and has worked in Australia, Canada, Switzerland,and the U.S.A., mainly with Citibank N.A. He specialized in risk and credit, and he retired as a Managing Director with Swiss Reinsurance in 2003. He is the past Chairman of the Risk Managers Association of New York, and he received his New York state license as an insurance broker in 2003. He is the Grand Praetor of the Hudson Valley Province, a former Balfour Operating Board member in charge of risk, and a member of the Order of Constantine. 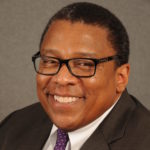 Brother Neal graduated from George Washington University in 1983 and obtained his Juris Doctor from the Howard University School of Law in 1987. Mr. Neal is the Founder and Managing Attorney of the Law Offices of Nathan A. Neal, PLLC (Neal and Haney). For 19½ years, Mr. Neal was a Supervising Attorney and Clinical Adjunct Professor with the D.C. Law Students in Court Program where he taught substantive civil law and trial practice. He also has experience as a law clerk and as a trial attorney for the Department of Justice and District of Columbia. Nathan is a Grand Trustee, Chapter Advisor for the Kappa Upsilon chapter, serves on Sigma Chi’s Legal Affairs Committee, and has been a part of the BLTW faculty for 19 years. 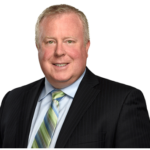 Williams graduated from Saint Mary’s University in 1991 with a Bachelor of Commerce Degree majoring in Accounting. During his career he has provided claim investigation and resolution services for commercial and complex risks throughout Canada and the United States. He has managed several offices while remaining resident in Halifax, Nova Scotia, Canada. He has attained the distinction of a Fellowship Insurance Professional from the Insurance Institute of Canada, holds a Certificate in Environmental Management and has completed courses in Risk Management. Currently he is a partner in the firm of AMG Claims Inc. serving as President of the company. Within the Fraternity he is an active member of the Gamma Rho House Corporation and assists with the placement of the Chapters Insurance program. He has served on the RMF Board since 2015 and the CHI Board since its insception in 2017. 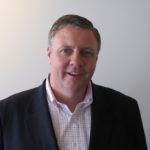 Brother Yeo graduated from the University of Kansas in 1992 with a Bachelor of Science Degree in Business Communication from the William Allen White School of Journalism and Mass Communication. He is currently Senior Vice President & Partner at FleishmanHillard – a global public relations consultancy – where he serves as the Corporate Reputation Practice Leader for the firm’s Chicago office. He is responsible for all activities of the practice group, including corporate reputation programming, crisis and issues management assignments, business-to-business campaigns, and financial and investor relations projects for a diverse portfolio of clients.Throughout his career, Brother Yeo has worked with numerous Greek organizations to help build and manage their reputations and respond to a variety of crisis events. Brother Yeo is also a sought after speaker on the topics of corporate reputation management and crisis communications, including events sponsored by NASDAQ, the Public Relations Society of America, and multiple high-profile law firms. 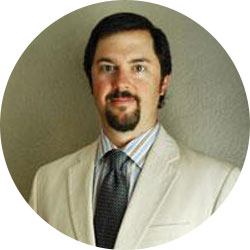 Davidson was hired in 2004 to lead the Risk Management Foundation (RMF) as Managing Director after earning a Master's degree in Public Service Administration from DePaul University. He was named Executive Director in 2011, prior to the organization’s 25th anniversary in 2013. As Executive Director, Davidson is committed to higher education and non-profit endeavors, supporting new and innovative risk management education for undergraduate students and alumni volunteers across the continent.

As COO, Davidson supports the Board of Directors for multiple organizations including RMF, Constantine Housing Initiative (CHI), and the Nazarene Higher Education Risk Management Consortium (NHERMC). With more than 20 years of experience in higher education, he oversees both litigation and claims management as well as loss control and prevention orders.

Davidson is also in his 10th year as Secretary and Director of the James R. Favor & Company (JRFCO) Board, responsible for the company’s bylaws; and rules, policies, and procedures. JRFCO, insurance brokers and risk management consultants, has been the exclusive provider for Lloyd’s of London insurance products for fraternities and sororities since 1985. He has been involved with the Sigma Chi Fraternity in a number of staff and volunteer capacities, including service as the Headquarters VP of Operations from 1998-2003. Davidson has earned the Certified Risk Manager (CRM) and Certified Insurance Counselor (CIC) designations from The National Alliance for Insurance Education & Research. 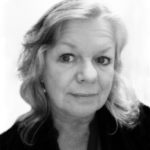 Pam joins the RMF with a wealth of business experience, including more than a decade in banking, roles as executive assistant and office manager, a 10-year partner at Huntsville Construction & Maintenance, and most recently as the department manager for maintenance and repairs at the Palms Resort & Conference Center.

Her extensive work in bookkeeping, property maintenance, and office management allows her to be an immediate, integral contributor to the RMF team. She has experience obtaining contractor bids and coordinating major renovation projects, including certificate of insurance and contract issues with subcontractors and vendors.

Within the community, Pam is both a Board Member and Treasurer of the Musical Echoes Native American Flute Festival, an all-volunteer 501(c)3 corporation that presents a festival of music and education in Fort Walton Beach each spring. 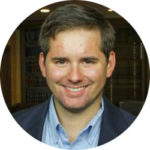 Justin majored in political science and psychology. In college, he participated in the McConnell Scholars Program, interned in Washington, D.C., and served as student body president during his senior year. After graduation, Justin joined the Chapter Support team at SIgma Chi Headquarters where he spent three consulting with chapters, serving on multiple fraternity committees, and handling administrative duties in Evanston.  Justin joined the RMF team in August 2015, with primary duties focused on property claims, the Constantine Housing Initiative, educating undergraduate chapters, and supporting the Executive Director in day-to-day operations. Brandt has earned designations as a Certified Insurance Service Representative (CISR) and a Certified Insurance Counselor (CIC) from The National Alliance for Insurance Education & Research. 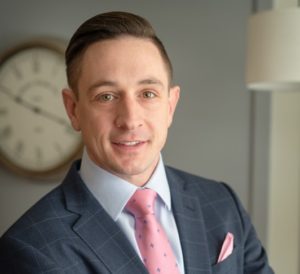 Fiore is a serial entrepreneur with Consulting and Senior Leadership experience in multiple industries. Prior to taking his role with the Foundation, he served as Managing Partner at Franklin Properties and President of Verona Management where he led a team focused on Real Estate Development and Property Management for over 3 million square feet of residential and commercial property. Joe also held the role of Business Development Manager for Hilti North America where he focused on construction maintenance and life safety within the Healthcare Market. Joe comes to the Foundation with an Undergraduate Degree from Bradley University, a MBA from North Central College and over 500 hours of additional Leadership Training. Joe holds a Community Association Managers (CAM) License allowing him to advise Homeowners Associations on budgeting, safety and legalities.

As Managing Director, Joe supports the Board of Directors of the Risk Management Foundation (RMF) and the Constantine Housing Initiative (CHI) to provide longstanding and sustainable housing solutions for the Sigma Chi Fraternity.

As an undergraduate, Joe served as Consul and Pro-Consul and is deeply involved with Sigma Chi as an alumnus. 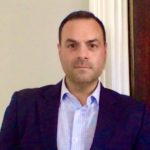 Salcone graduated from Brown University with a concentration in Organizational Behavior and Management, and earned his Juris Doctor from Suffolk University in 2010.

He joins the RMF and CHI teams working closely with our chapters and house corporations on their risk management, educational, and loss control efforts.

Over his career as legal counsel, judicial law clerk, and in education and non-profit management, Salcone has developed extensive experience in client service, educational programming, conflict resolution, corporate law, insurance litigation, and in the development and administration of national shared-risk coverage programs.

Salcone has also served the Sigma Chi Fraternity as Undergraduate Representative to the Leadership Training Board (1998-1999) and on the Headquarters staff as Foundation Intern, Leadership Consultant, Director of Alcohol Intervention Measures, Director of Undergraduate and Member Services, and as a Resident Expansion Coordinator. He is admitted to the Rhode Island, Massachusetts and Federal Bars, and is a licensed property and casualty insurance producer.