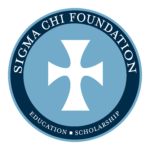 History of
The Foundation

With the launch of a revolutionary Individual leadership program, Horizons, in 1999, an organization built to provide scholarships and educational space grants in post-war America had slowly became the most successful Greek-letter Fraternity foundation in North America. 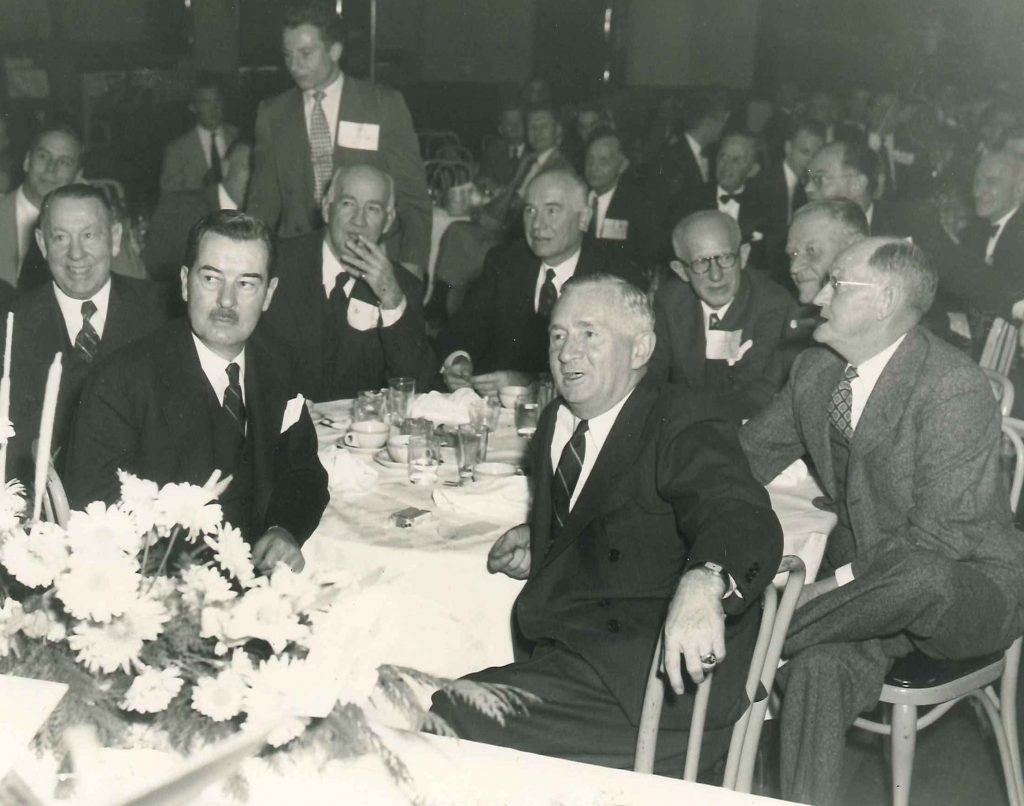 More than 20 years later, as the Sigma Chi Foundation marks 82 years as a non-for-profit entity supporting Sigma Chi and its members, a new groundbreaking leadership learning continuum and growing scholastic funding have widely surpassed the initial mission established by a group of men in 1939.

As Sigma Chi collectively expects more from its chapters and alumni with a vision focused on leadership, the Foundation’s mission to develop funds to support the Fraternity’s continued growth has never been more important than it is today.

Late Foundation President and Order of Constantine Sig Merrill E. “Boz” Prichard, ILLINOIS 1948, once noted: “The history of the Sigma Chi Foundation is the story underlined by the dedication of many tireless, generous, visionary brothers whose primary interest from the first days in 1939 to the present has been to benefit Sigma Chi undergraduates in the most effective manner within the framework of its constitution, bylaws and IRS regulations.”

Today, the Sigma Chi Foundation remains the standard for excellence within the Greek world.

With origins dating back to 1895, updated through various Grand Chapters and ignited by the creation of an Endowment Commission in 1934, a group of hard working alumni brothers established the Foundation in 1939.

Its purpose was to provide an endowment fund that took great precedence as the Fraternity entered the 20th century.

Fast forward 21 years into the 21st century, the Sigma Chi Foundation has funded scholarships for more than 6,000 members and, in the past 13 years, delivered more than $40 million in grants and leadership programming support to Sigs.

The idea of an endowment was fully embraced by the 29th Grand Consul, Lloyd G. Balfour, INDIANA 1907, during his 1937 to 1939 term. Balfour made it a key point of his address during the 44th Grand Chapter in Los Angeles in August 1939. 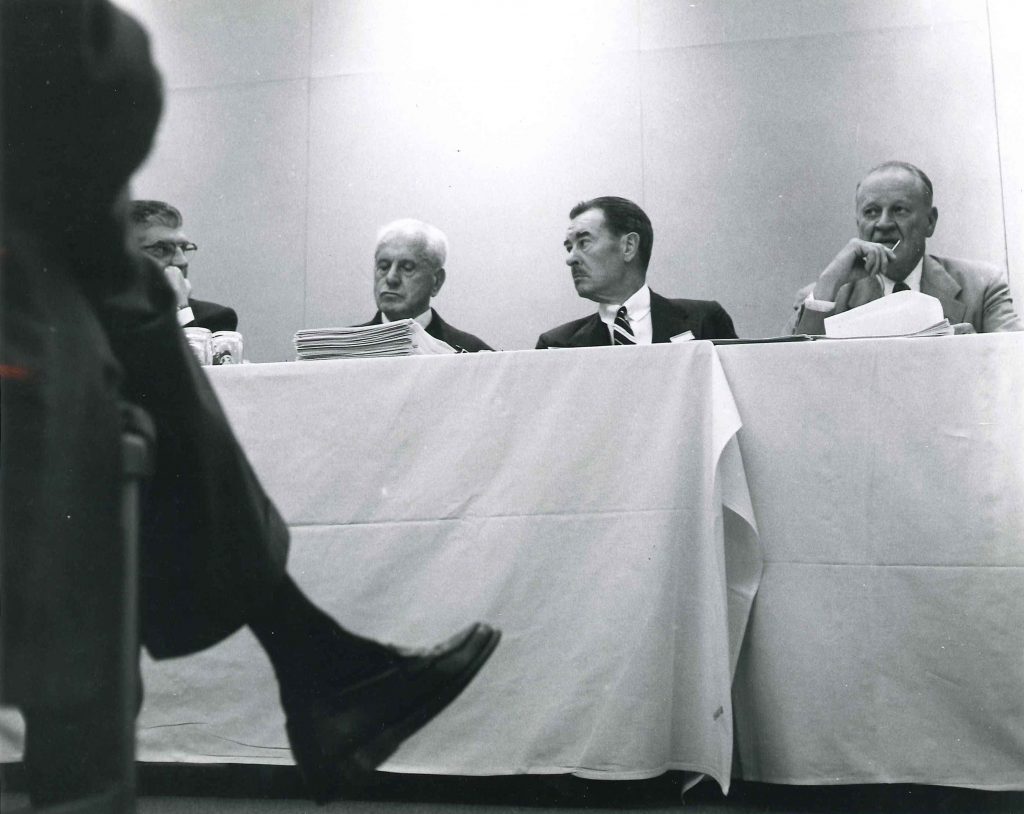 The first formal board meeting was held in October 1940. Within 18 months, the United States would be in the midst of a great war, and the Foundation persevered with a primary focus on student aid.

A Magazine of Sigma Chi article from Balfour in 1943 served as the Foundation’s report for that year, and was a call to action that gained response in the years that followed including the implementation of a $25,000 club.

It was a campaign orchestrated by another early leader, Significant Sig Rush H. Kress, BUCKNELL 1900, however, that provided the concrete base for the Foundation assets.

Kress provided an initial $100,000 donation in 1947 to launch the organization’s first fundraising campaign. These Kress Funds, as they were known, significantly bolstered the Foundation’s assets.

Much of this progress was made under the leadership of Peterson, who served as Chairman of the Foundation’s Board of Governors for 20 years, Order of Constantine and Significant Sig Bill Bringham Sr., ILLINOIS WESLEYAN 1946, who guided both Fraternity and Foundation operations from headquarters for decades, and Prichard, whose term as President totaled eight years.

Through the 1980’s, prominent leaders and Significant Sigs Carl P. Clare, IDAHO 1927, Goff Smith, MICHIGAN 1938, Houston Oilers and Tennessee Titans owner Bud Adams, KANSAS 1944 and John D. Peterson, INDIANA 1955, were among the faces of Foundation work that included the implementation of the Balfour Fellowship Program and increased scholarship funding through the support of brothers such as Significant Sig Mark P. Herschede, CINCINNATI 1940.

With the second-generation Peterson leading the board and Frank Raymond, PENN STATE 1971, in the role of President, the Foundation’s focus shifted from a concentration on academic scholarships and grants towards the development and implementation of leadership educational programs. In 1997, the Foundation received its first grant from the Balfour Foundation to underwrite educational elements of the Balfour Leadership Training Workshop. 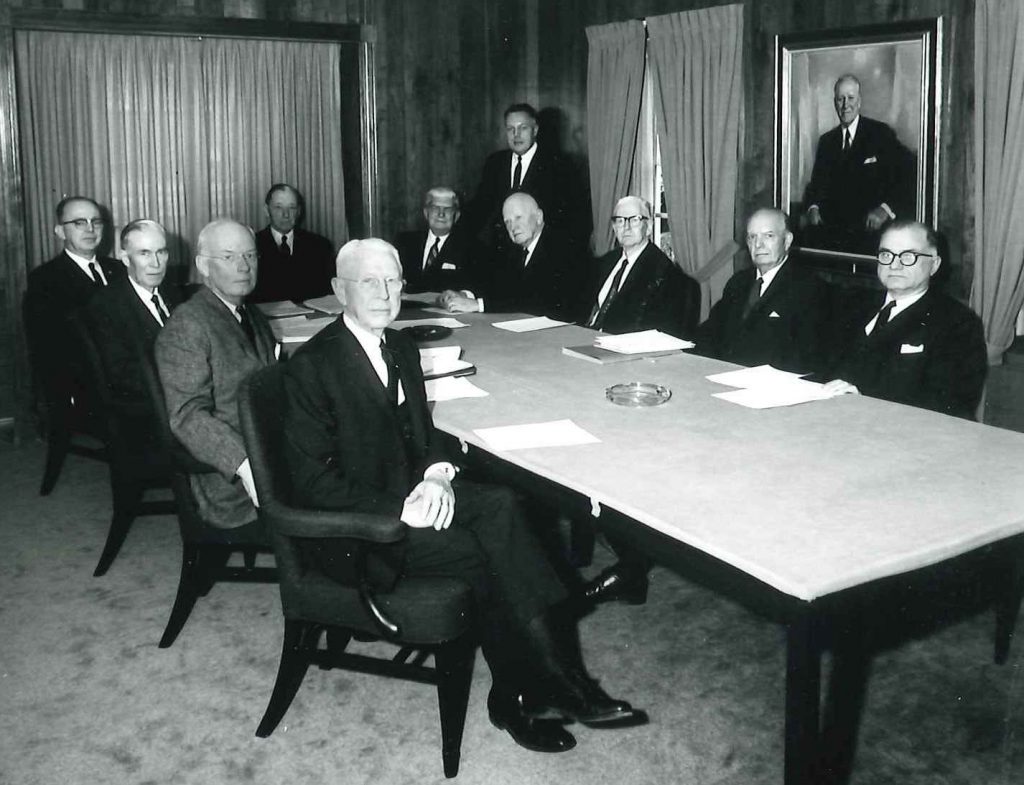 The program received its biggest boost to date in November 2014, when the late Significant Sig philanthropist Jon Huntsman Sr., PENNSYLVANIA 1959, made a $5 million commitment to support portions of the program through 2024.

Today, almost 20 years after its debut, five annual sessions of Horizons are set to further impact undergraduate brothers from across the United States and Canada.

Following the launch of Horizons, the new millennium saw the Foundation increase its support of leadership and drug and alcohol education programs.

In 2006, on the heels of a major capital campaign, Watson became Chairman with former NASA astronaut and Significant Sig Greg Harbaugh, PURDUE 1978, guiding operations as President.

The year 2007 saw the Foundation Board adopt a new strategic plan to move the Foundation towards a leadership and scholarship vision, and, in spite of an economic downturn, the Foundation met its funding commitments and helped launch the Sigma Chi Journey leadership retreat programs and the Thomas Cowan Bell Chapter Challenge.

The addition of regional development officers helped further engage alumni to support the implementation of the Donor-Scholar Program, improvements to the Historical initiative and an updated wave of programs to tackle drug and alcohol abuse, suicide prevention and mental health awareness, as well as combating hazing and preventing sexual misconduct.

Over the last five years, new faces of leadership have emerged as the Sigma Chi Foundation partnered with the Fraternity for the launch of a new online leadership training module, formerly known as Sigma Chi U, and new member education program, Preparation for Brotherhood.

Board Chairmen and Significant Sigs Bob Johnson, MIAMI (OHIO) 1969, and Joe Durzo, SYRACUSE 1967, have led the most active Board of Governors roster in organizational history, with Ashley Woods, EAST TENNESSEE 2000, guiding a growing development team as President and CEO.

The future of the Sigma Chi Foundation directly aligns itself with the future of Sigma Chi. A joint strategic plan and campaign, reminding members to “Expect More” of themselves as leaders in life, saw the launch of the Sigma Chi Leadership Institute (SCLI), encompassing a leadership learning continuum of programs that educate undergraduate and alumni members on important issues facing Greek-letter life today as well as growth and leadership.

In 2021, SCLI became the first Greek-letter organization to offer accredited certificates for its programming to Sigma Chi members thanks to its candidacy for accreditation through the Middle States Association Commission on Elementary and Secondary Schools (MSA-CESS), which is recognized by the U.S. Department of Education.

Academic scholarships eclipsed the $1 million mark, including chapter-specific awards, for an individual award year for the first time in history, and a goal of $3 million annually to impact undergraduate and graduate members is expected to be reached within the next decade.

The result of a vision that began more than 80 years ago is aligned and focused on leading the Greek-letter world.

As the Foundation and Fraternity partner to set the standard of leadership and Expect More from collegiate organizations in the United States and Canada, the future of the Sigma Chi Foundation appears bright indeed.

History of the Foundation Timeline

University of Southern California and University of Virginia chapters become first to award scholarships out of dedicated chapter funds. Roanoke, Columbia and Kentucky would begin awards with 1945-46 school year.

Foundation develops Province Chapter Scholarship awards, granting $100 award to Junior member of each chapter based upon character, scholarship, activities and leadership, as well as individual award to the outstanding scholar in each province.

Foundation receives bequest in excess of $100,000 from estate of Harry C. Collette, DENISON 1890, who entered Chapter Eternal on July 22, 1956 at age 85. His grant was largest single gift to the Foundation to that date.

For the first time since it was established in 1947, all 134 chapters participate in Leadership Training Workshop — a first for the Fraternity as the Foundation begins significant funding of the program.

Executive Committee votes unanimously to recommend Fraternity work with Foundation to acquire or construct single purpose modern office building to house Fraternity and Foundation offices, and a museum to be acquired in the name of the Sigma Chi Foundation.

The Foundation-sponsored J. Dwight Peterson Significant Chapter Award, recognizing each chapter in the Fraternity that meets a set of standards each year, is presented for the first time to DePauw, MIT and Sam Houston for the 1963-64 school year.

Headquarters building dedicated to crowd of nearly 200 three days after 38th Grand Consul J. Dwight Peterson, INDIANA 1919, was named Chairman — a role he would hold for the 20 years.

At the Grand Chapter, 41st Grand Consul William P. Huffman, DENISON 1911, presents title of the founding site property in Oxford, Ohio to the Foundation. Later identified as the oldest commercial structure in the town of Oxford, the “birthplace of Sigma Chi” would be preserved through Huffman’s generous gesture.

Helen M. Buckby, wife of Richard A. Buckby, MONTANA STATE 1924, establishes medical scholarship fund in memory of husband, awarding grants to worthy Sigs who are preparing for medical school, presently in medical school or other related areas of study. Today there are graduate scholarships in seven fields of study.

Initial conversations began amongst Board of Governors to create a program (Sigma Chi Horizons) that encompassed a renaissance in areas of core values and beliefs.

Due to Fraternity’s need for ongoing educational programming, Journey chapter retreats addressing a variety of potential topics ranging from brotherhood and risk management to leadership and recruitment makes wide debut.

Significant Sig Jon M. Huntsman Sr., PENNSYLVANIA 1959, makes $5 million commitment to continue four annual sessions of Horizons through 2024. It was one of the largest individual pledge towards a Greek-letter organization in history.

Sigma Chi’s Foundation-sponsored educational efforts launch as a separate entity, Sigma Chi Leadership Institute (SCLI), with the goal of providing certified leadership programming based on Sigma Chi values to every Sig undergrad as well as programming for outside partners

Following the onset of the COVID-19 pandemic, Foundation restructures Brothers Helping Brothers fund to provide grants to brothers who were displaced or lost employment during the pandemic. Fund nets over $80,000 and impacts more than 100 members.

SCLI formally accepted as a candidate for accreditation by the Middle States Association Commission on Elementary and Secondary Schools (MSA-CESS), which is recognized by the U.S. Department of Education. Sigma Chi becomes first Greek-letter organization to provide accredited certificates, credentials and micro-credentials to members that display their character, values and ideals to future employers or chapter members. 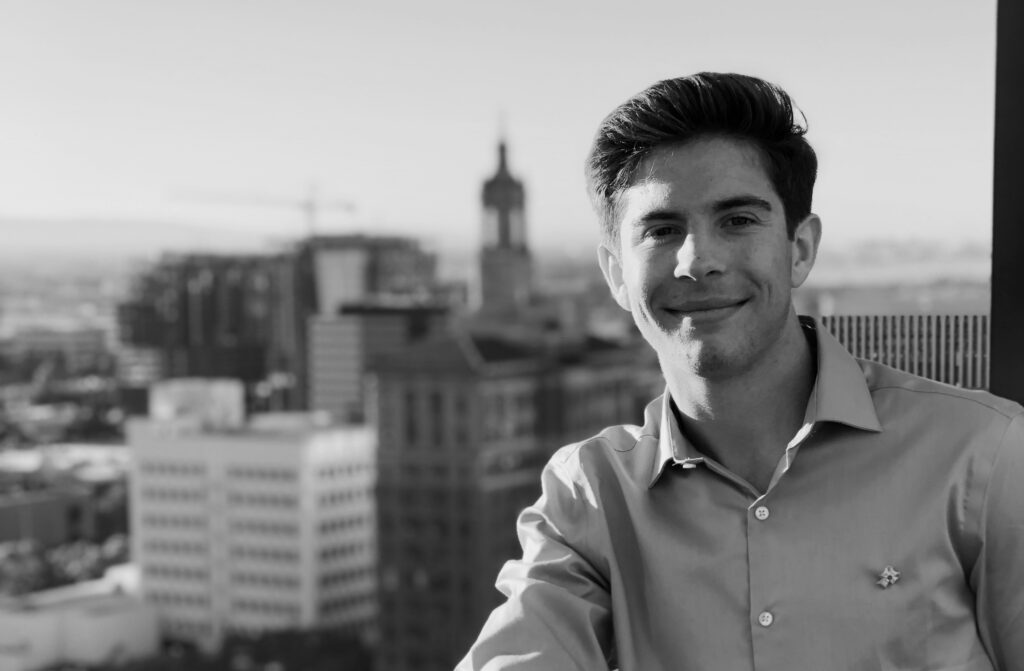 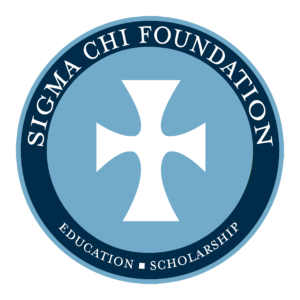 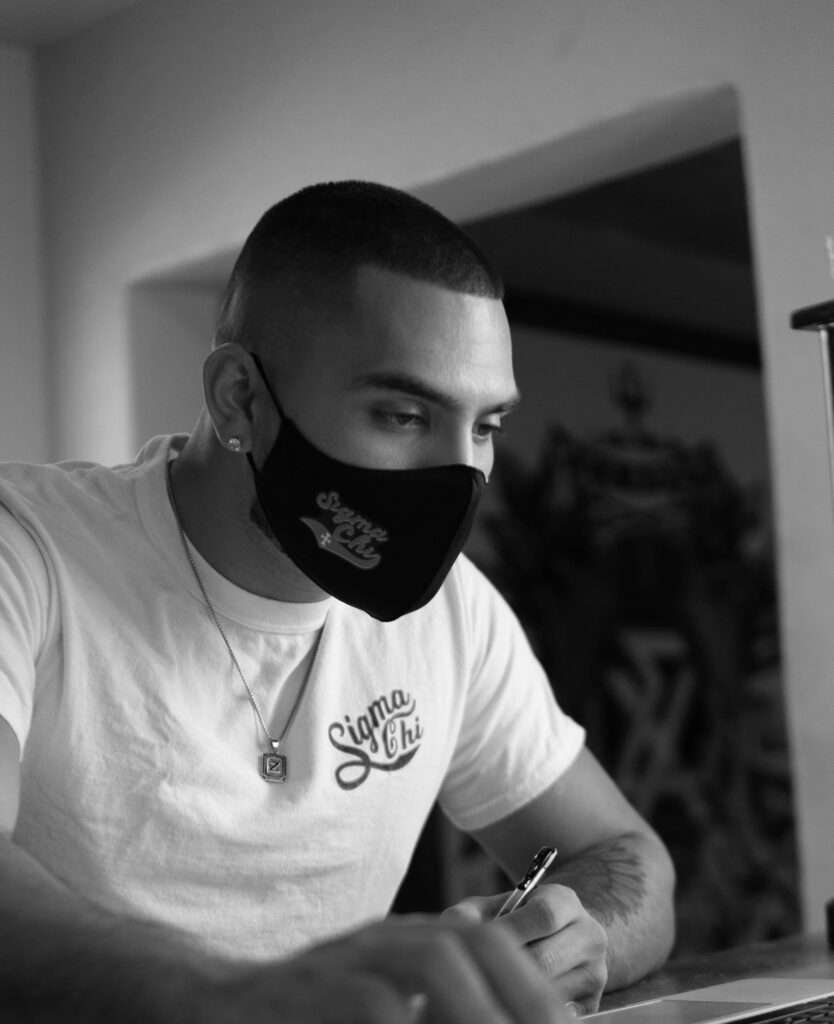 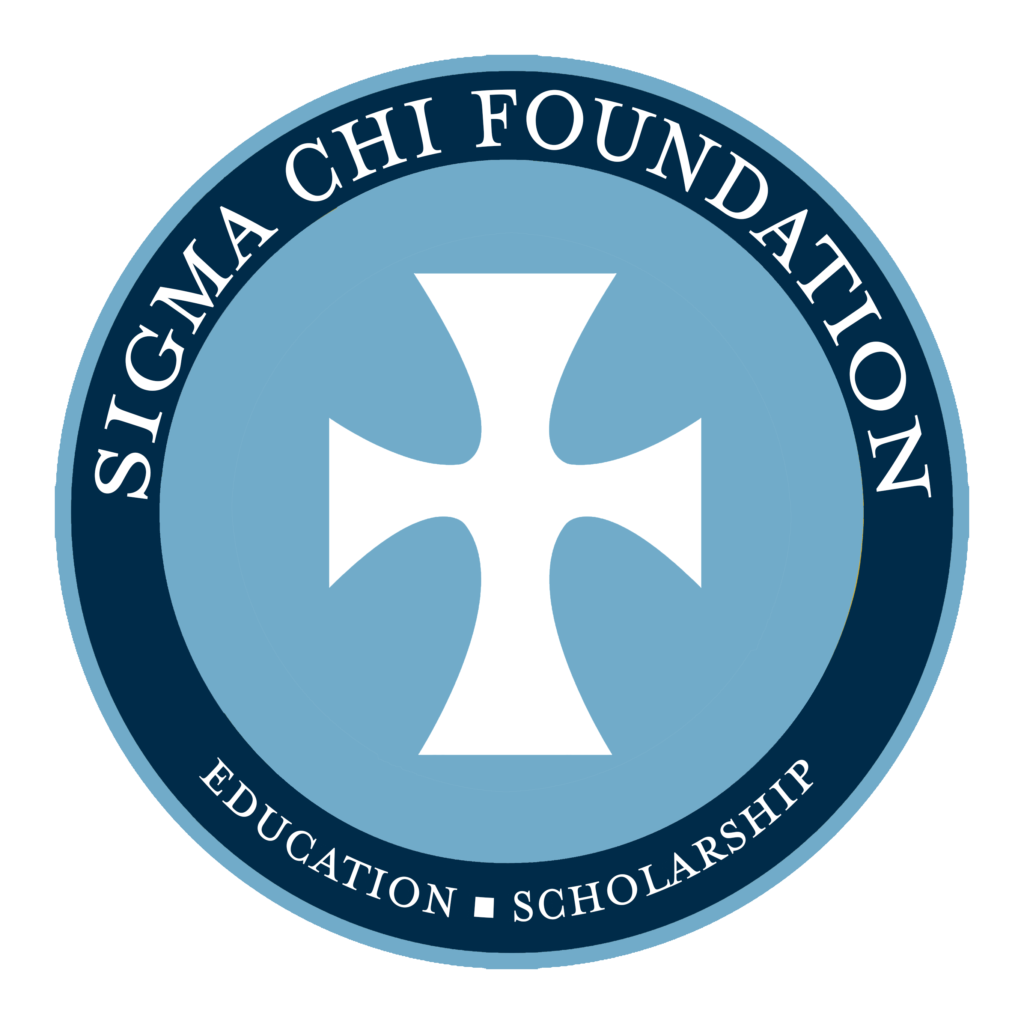